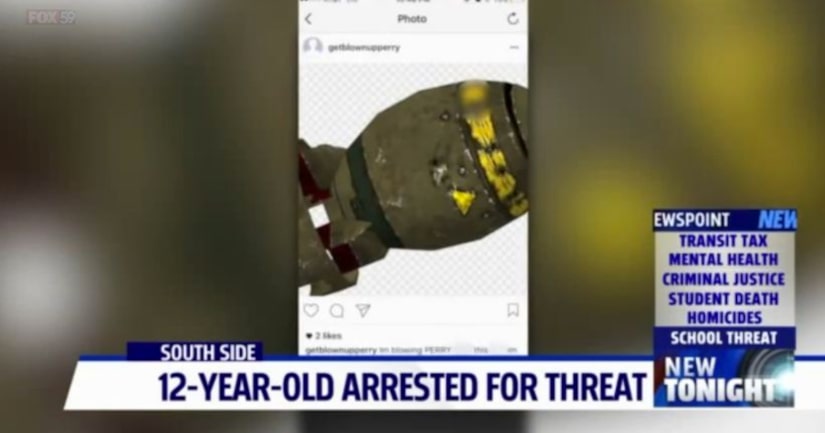 According to Perry Meridian Township Schools, the school district found out about the threats on Friday night.

IMPD and DHS investigated the threats, and they identified the source within three hours early Saturday morning. The suspect is a 12-year-old student at Perry Meridian Sixth Grade Academy.

FOX59 talked with multiple students who said the threat came in the form of an Instagram post, under the account "Get Blown Up Perry." The post made threats to Perry Meridian Middle School, Sixth Grade Academy, and High School.

One of the students who reported the post said initially, he and his friends thought it was a joke.