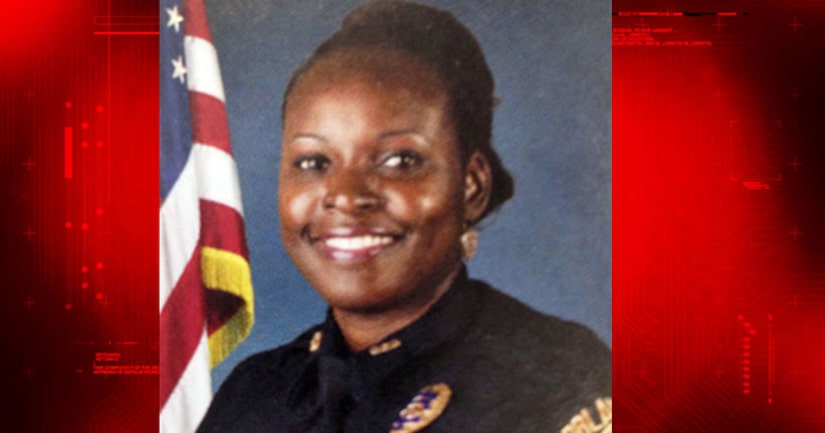 Orlando police and Orange County sheriff's officials, along with state and federal authorities, are searching for Markeith Loyd, 41, who is accused of shooting Orlando police Master Sgt. Debra Clayton outside a Walmart on Princeton Street at John Young Parkway.

A reward of up to $60,000 is being offered for information leading to Loyd, who was possibly hiding at an apartment complex near Cinderlane Parkway and Orange Blossom Trail.

"We're searching the whole area," said Orange County Sheriff Jerry Demings, who said several families were removed from their homes because of the manhunt.

Clayton was a wife, a mother of one and a 17-year veteran, Orlando police Chief John Mina said.

“One of our heroes in blue was shot and killed in the line of duty," Mina said. "She will be deeply missed."

Mina said it's not known if Clayton recognized Loyd or was notified that he was near Walmart when she tried to make contact with him at 7:17 a.m.

Clayton, who was alone, was shot multiple times, Mina said. It's not known if she returned fire.

Clayton was taken to Orlando Regional Medical Center, where she was pronounced dead at 7:40 a.m., officials said.

Meanwhile, a 35-year-old Orange County motorcycle deputy searching for Loyd after the shooting was struck by a car and killed, Demings said.

The deputy's name has not been released, but Demings described him as a "gentle giant."

Another sheriff's motorcyle deputy and an Orlando police officer suffered minor injuries in separate crashes while responding to the officer-down call, officials said. Jerry Lewis Brown, a 36-year-old Orlando man who struck the deputy, was arrested for driving with a suspended license, the Florida Highway Patrol said.

Officials said that after Clayton was shot, an Orange County sheriff's deputy saw Loyd at North Lane and Pine Hills Drive. Loyd pulled into an apartment complex and opened fire at the deputy, twice striking his unmarked SUV, officials said. The deputy was not injured.

Loyd then carjacked a vehicle and took off, deputies said. He abandoned the vehicle near the intersection of Rosemont and Cinderlane Parkway, where a manhunt began, officials said.

Authorities said Loyd should be considered armed and dangerous.

"We are asking the public to assist us with his whereabouts," the Sheriff's Office said. "However, we ask the public not to approach him and call 911 instead."

"We're going to bring this dirtbag to justice, and he's going to jail," said Mina, who added that local, state and federal authorities are working to find Loyd.

Demings said authorities are reasonably certain that Loyd is still in the area, and he warned that others should not try to help him.

“If you aid and abet this individual in any way, you will subject yourself to criminal charges,” Demings said.

Anyone with information about Loyd's whereabouts is asked to call Crimeline at (800) 423-TIPS.

Loyd was initially wanted in connection in the slaying of Sade Dixon, who was shot and killed last month at a Pine Hills home. Dixon, a pregnant mother of two, was Loyd's ex-girlfriend, officials said. 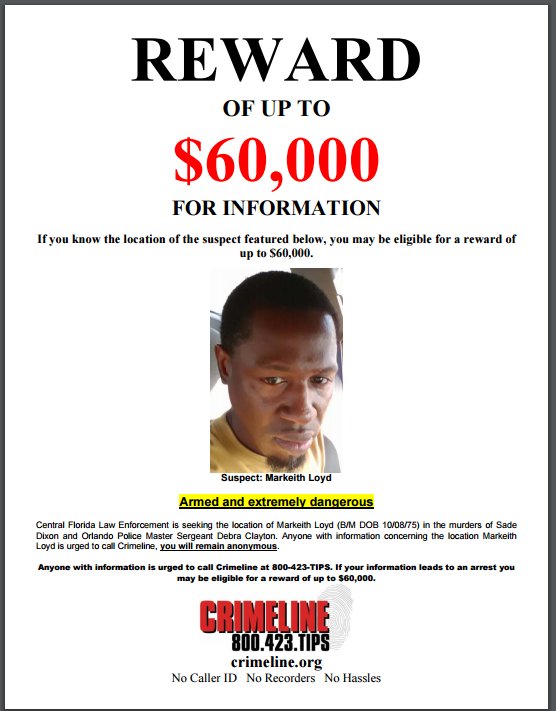