Imagine staring the man who sexually assaulted you in the eyes after the incident as he's partying with other women -- other potential victims. It's a scenario one Minnesota college student lived, and now she's telling her terrifying story to Crime Watch Daily.

Abby Honold never thought rape could happen to her.

"I had great friends, I was living in an apartment that I loved, I kinda had it made," said Abby.

She was a beautiful, popular and smart junior at the University of Minnesota, wanting to be a teacher. But Abby's life would change forever one chilly morning at a college football tailgate party in November 2014.

"I woke up that morning and I went to our football game against Iowa, I started drinking pretty early in the morning," said Abby. "I was definitely drinking and I don't try and hide that, because it is just the truth."

Then she met Daniel Drill-Mellum, a 21-year-old senior.

"A friend of mine introduced me to him and he had told me that Daniel was gay, and that you know, he was a big fan of Daniel," said Abby.

Daniel had the reputation of a wealthy frat boy who once interned with Minnesota's governor.

"I kinda introduced myself to him and we were all kinda standing around drinking together in a group," said Abby. "He did start grabbing me at a certain point but because my friend had told me he was gay, I figured he was just being a little too drunk and overly friendly."

About 30 minutes later, Abby says, Daniel asked her to help grab some more alcohol from his apartment just across the street.

"At first I kinda resisted and said no a few times, I didn't really know him, but of course the prospect of, you know, going for a few minutes and then coming back didn't seem that dangerous," said Abby. "At that point I never had any reason to not trust friends of friends, especially in the middle of the day. There weren't any red flags for me."

Abby eventually agrees and the two head toward Daniel's apartment.

"The fun turned for me the minute I walked into Daniel Drill-Mellum's apartment, I would say that is when I immediately knew that there was something wrong," said Abby. "His personality changed within seconds in the apartment. He kept calling in the doors to make sure that no one was there. Then he would look around and then he would shut the door and I felt very uncomfortable with that."

Although her gut was telling her to get out of there, Abby says she didn't want to appear rude, so she reluctantly stayed. Abby noticed two pre-poured shots sitting on the kitchen counter.

"He picked up the shots from the counter and he said 'Let's drink these,' and I said no, and he started backing me towards the wall with the shot glass in his hand," said Abby.

The shots were supposedly pure vodka. But police reports reveal neither Abby or the shot glasses were ever tested for any date-rape drugs.

Abby blacked out. When she came to, sheer terror: She was pinned down on Daniel's bed, and he was ripping her clothes off.

"I never experienced terror at that level," said Abby.

Abby begged and pleaded through tears for Daniel to stop.

"He enjoyed that I was upset," said Abby.

She says she was so desperate, she felt she was negotiating for her life. But Abby says Daniel wouldn't stop. She says he was violent.

Violent doesn't begin to describe the vicious attack. Abby says Daniel left claw marks all over her body, bit large chunks of flesh out of her breasts, and stuck his fist so far down her mouth he sliced open part of her tongue. Abby says she was paralyzed with fear, but she was determined to survive.

"He had raped me two times at that point and I started fighting him," said Abby.

Finally Daniel gets mad and lets Abby go. She runs for her life and dials 911 to report she was raped, and that she knows her attacker, and where he was. She says she wants to see a doctor.

Abby is rushed to the hospital. The sexual assault nurse on call that day reportedly described Abby's injuries as some of the worst she had seen in her 15 years of service.

But the Minneapolis Police weren't quite convinced it was rape.

"The questions I was being asked were not respectful," said Abby. "Asking me whether or not I said the word 'no.' I told him over and over again I was begging with Daniel, that I was pleading with him to let me go, and he told me 'Well you didn't say no.'"

"No," said Abby. "I think that he did once he heard about the injuries."

Police arrest Daniel Drill-Mellum and charge him with the rape of Abby Honold.

But before Abby's bite marks heel or the claw marks fade:

"I got a phone call from the detective telling them they were not going to press charges," said Abby Honold.

Abby Honold says Daniel Drill-Mellum laughed the entire time he raped, tortured and mutilated her body. The 19-year-old student did everything a rape victim is supposed to do: She went to the hospital and reported the assault to police.

"Before my injuries from that event were even healed they decided they weren't going to pursue any further action," said Abby. "It just blew my mind."

Abby says a detective called her and says he heard her admit the sex with Daniel was consensual.

"He said he heard me confessing that I was a liar and I made it up," said Abby. "He told me over and over again that he had heard me say the word 'consensual,' and I knew I would have never used that word."

Then Abby remembered a strange phone call she had with Daniel's roommate, just after she'd been raped.

"He said that he was confused, he wanted more information, and I felt really bad for him," said Abby. "I couldn't imagine coming home and finding out that my roommate had been arrested for raping someone."

What Abby didn't know is their private call was being secretly recorded by one of Daniel's fraternity brothers -- and the phone call was a cruel setup.

"He was asking me a lot of questions, but I just figured he was really curious and so I answered them," said Abby. "I just didn't know I was being interrogated or recorded."

Abby clearly tells the roommate she was raped. Then the conversation turns to Daniel, asking her to think about the consequences for Daniel.

Then the moment that would change everything: Their version of the story is Abby said yes, to a question about whether the sex was consensual.

"I did not hear the question the way it was asked," said Abby. "If you listen to the phone call you can kind of hear that it is mumbled a little bit. I don't remember what the word was that I thought they said. It was either like 'sexual' or like 'actual.' So of course I said yes. I'm crying about being raped. It doesn't make any sense."

But there was no confusion on the part of the police. That one word raised enough doubt to dismiss Daniel's rape charge. But while some cops didn't seem to believe Abby, there was one dogged investigator who realized both Daniel's story and the recording just didn't add up to a willing encounter.

"This wasn't even a normal campus sexual assault," said Lt. Kevin Randolph, a veteran sex-crimes investigator for the University of Minnesota. "This, the violence involved in this was an unnatural level. This is not something that happened consensually under any circumstances."

Lt. Randolph says he knew immediately when he read Abby's case file and heard that phone call that Abby had without a doubt been raped by Daniel.

"I'm angry at this point because she clearly says twice at the beginning of the phone call 'He raped me,' and I thought 'How can you listen to this and think this is a piece of evidence for the defense?'" said Randolph.

He says it's called a "pretext call," and it's a dirty little trick used to get a confession.

"These two guys who had nothing to do with this incident to begin with, inserted themselves into it and derailed the case against Daniel Drill-Mellum and left Abby Honold with no justice in her case," said Randolph.

But there was little that Lt. Randolph could do to help Abby -- unless they could find another victim of Daniel Drill-Mellum's. So together they begin to fight for justice.

She went online and told her story on a blog, including Daniel's full name. Daniel's attorney immediately threatened to sue Abby, so she took it down -- but not before she got a hit.

"Another victim of Daniel's messaged me right after I posted that," said Abby. "I found out that she had only been raped a month before I was, and I knew in that moment there were more."

Lt. Kevin Randolph and Abby Honold learn there may even be more victims out there. But tragically, not one of the young women are willing testify against Daniel Drill-Mellum.

"The information I was getting was they were all terrified, they're all terrified of this guy, he had wealthy parents, he was very well-connected," said Randolph.

Without testimony Randolph fears Daniel will walk free. Then one of the victims decides enough is enough, and her courage inspires others.

"She came into the police department with a friend, the friend had also been sexually assaulted by Daniel Drill-Mellum, and said 'I'd like to make a report and so would my friend,'" said Randolph. "He is a serial rapist, I have no doubt in my mind."

Lt. Randolph finally tracks Daniel down halfway around the world, to Brisbane, Australia.

"I really did think he was just going to be gone forever," said Abby.

But Lt. Randolph was determined to get Daniel, no matter how long it took.

"At this point it's late November, early December when we finally get this pulled together, I suspect that he was going to come home for Christmas," said Randolph. "I was right."

Lt. Randolph executes the greatest takedown of his career.

"We got notified that he had booked tickets for Christmas Eve, December 24th, so I teamed up with the airport police, and when his plane pulled up to the airport we were riding on the jetway," said Randolph. "And as soon as they opened the door, I had three officers with me, we said 'Everybody take your seats,' we walked on to the plane, walked down the aisle to his seat and said 'Daniel Drill-Mellum, stand up. You're under arrest for sexual assault,'" said Randolph. "I walked out and got on the phone, dialed Abby and said 'Hey, I've got a Christmas present for you.'"

Daniel pleaded guilty to two felony counts of third-degree criminal sexual conduct and was sentenced to six years behind bars. His two fraternity brothers who secretly recorded that phone call were never charged.

"I think that in an ideal world he would have gone to prison for a much longer time, especially considering that he was a serial rapist, but at the end of the day I know it was the right thing to do and I know that hopefully speaking out will make a difference for other people," said Abby Honold. 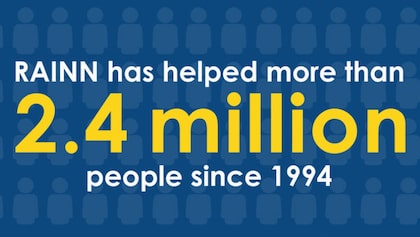