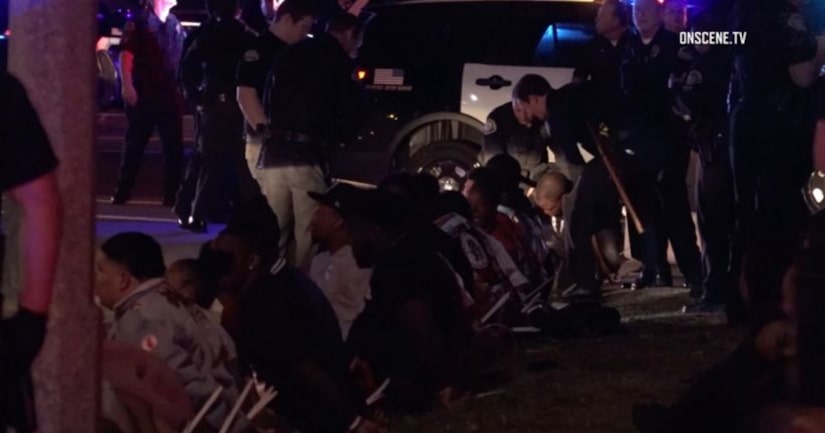 HUNTINGTON BEACH, Calif. -- (KTLA) -- A party bus carrying 80 people was pulled over in Huntington Beach Saturday night and two of its passengers were arrested after a witness reported the group was stealing items from a convenience store, authorities said.

Officers received a call just after 11 p.m. regarding a strong-arm robbery at a 7-Eleven located at 706 Pacific Coast Highway, according to a statement from the Huntington Beach Police.

A witness reported that a very large group enter the store and some began stealing items, while others assaulted the clerk, officials said.

The group then returned to their party bus, which began heading north on the PCH but was stopped by law enforcement after traveling a short distance, the release states.

Huntington Beach officers called for reinforcement from several other agencies due to the high capacity of the bus, authorities said.

Seven loaded handguns were recovered from the bus as officers conducted a felony stop, removing each person from the bus and detaining them, police said.