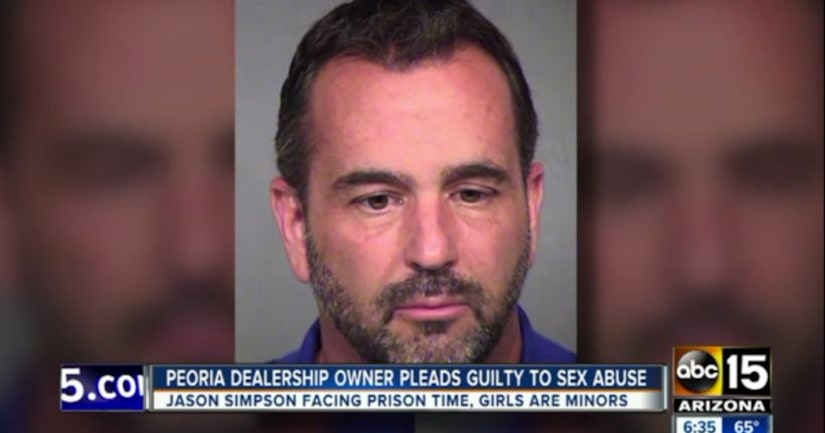 PEORIA, Ariz. -- (KNXV) -- After three investigations over a dozen years and a plea deal, 47-year-old Jason Simpson will be sentenced on Jan. 6 for crimes involving two teenage girls.

Simpson's online resume depicts him as a pillar of the West Valley community: the owner of New Deal Used Cars on Glendale Avenue and a contributor to large charities like the Boys and Girls Club and the Red Cross.

But Simpson seemed to have a double life. According to court records, Simpson was previously arrested for sex crimes against a minor in 2003 and was investigated for sexual exploitation of a minor in 2006.

According to his current attorney Jason Lamm, the charges in 2003 were dropped. Lamm declined to comment further on the current case until it is over.

The current case stems from a July 2015 arrest. Detectives said in court documents that Simpson provided edible marijuana to two underage girls on several occasions, in addition to sexually abusing and exploiting them.