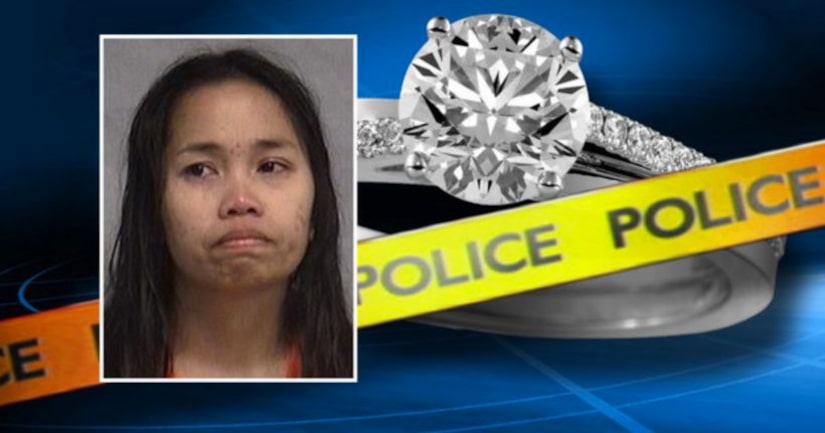 NASSAU COUNTY, Fla. -- (WKMG) -- A 25-year-old woman was arrested outside a Fernandina Beach home Monday after hitting her fiance with a two-by-four during a dispute over her engagement ring, the Nassau County Sheriff's Office said.

Deputies said they were called about 2 p.m. to St. Marc Court, where they found a man in the street with a woman carrying a long, skinny piece of wood that had 1-inch nails embedded at the end.

The woman, later identified as Bendejo, told deputies that she used the piece of wood to hit the man, with whom she lives with and to whom she had been engaged for about a week, during a fight about the ring that he used to propose to her.

Deputies said they also learned that Bendejo bit her fiance on the arm and punched him in the face during the argument.