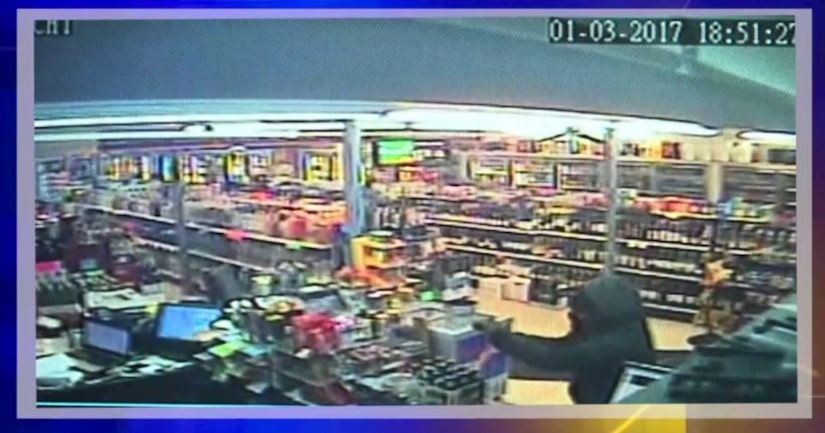 MILWAUKEE -- (WITI) -- An armed robbery suspect is arrested by Milwaukee Police after he returned to the scene just minutes after the crime.

Officers responded to the A-1 Liquor Store on 92nd Street near Oklahoma around 5:50 p.m. on January 3 for a report of an armed robbery.

The surveillance video is terrifying.

The store's owner, a 62-year-old man, told officers a male suspect came into the store and fired at the victim before demanding money.

"I said 'I give you everything, but don't show me the gun. Keep it in your pocket,'" the owner said.

The owner tried to fend off the suspect with a bottle of whiskey.

"I say 'You wanna take anything, you take it -- but don't charge me. Why you charging?' And I'm backing up, backing up, and he close in again. Then he shot," the owner said.