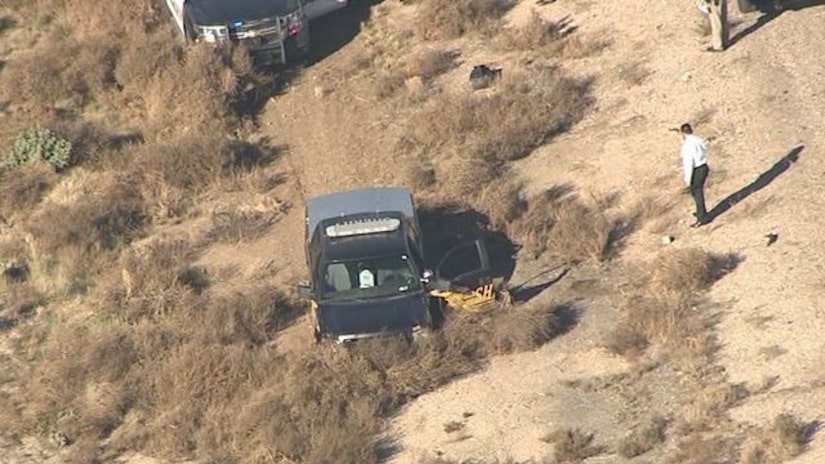 Officials say the Maricopa County Sheriff's deputy responded to a Shell gas station in Gila Bend after reports of a disturbance involving a naked woman.

After the deputy arrived on scene, the woman reportedly overpowered him, got into his patrol vehicle and drove off. The deputy was able to take a citizen's car and initiated the pursuit, using his hand-held radio to alert other agencies to the situation.

Deputies report the pursuit began on Interstate 8 near Butterfield Trail in Gila Bend, and ended on Interstate 10 at milepost 210 near Picacho Peak, after spikes were used to stop the vehicle.

MCSO deputies have since taken the suspect into custody. Air15 video over the scene appeared to show the suspect on a stretcher being loaded into an ambulance.

The deputy who initially began pursuing the suspect was also injured, but the extent of his injuries is unclear at this time.

According to officials, the woman was driving on the roadway in the wrong direction for a period of time and was not clothed.

ADOT was reporting an extended closure on eastbound I-10 as officers worked to clear the scene. The roadway was reopened around 10:40 a.m.