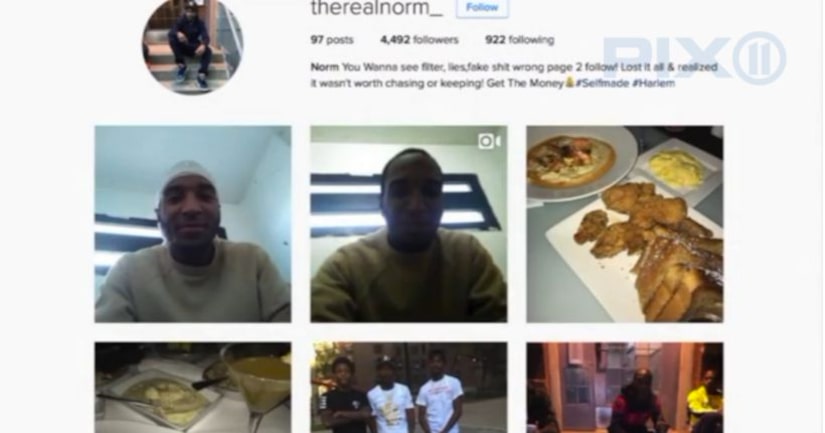 NEW YORK CITY -- (WPIX) -- In an expletive-ridden cell-phone video obtained by PIX11 News, four inmates inside what sources say is the Manhattan Detention Complex boast about how they are able to film inside, among other things.

The video was posted on Dec. 19 and has been viewed over 14,000 times on Normin McKenny's Instagram page. McKenny, an inmate in the Department of Corrections system, posted a picture of himself on Dec. 21 in his cell saying "top of the morning to you."

McKenny's records show he was arrested on Oct. 14, 2016 and charged with robbery, assault and possession of a weapon.

Sources tell PIX11 a correction officer found the video on Instagram and immediately became concerned, so they notified their supervisor.