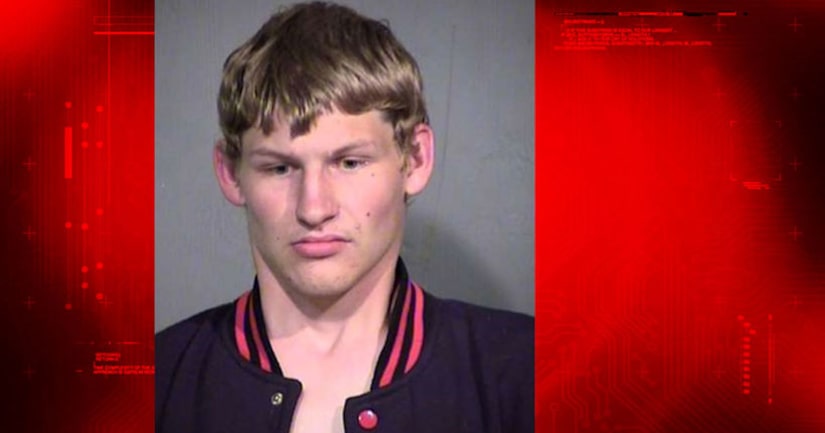 GLENDALE, Ariz. -- (KNXV) -- For the second time in nine days, a parent finds a stranger in her home holding her infant.

Glendale police report that on Dec. 24 around 4 a.m. Paige Maze reportedly found a stranger in her infant son's bedroom at their home near 59th and Olive avenues.

"My heart...sank," Maze said. "I was terrified. He was, you know, making noise. Kind of like making little yelping noises, like he was playing."

The suspect, identified as 19-year-old Anthony Leon Herman, allegedly told the woman that he was "supposed to be there" and that "he was playing with the infant" who was crying.

After being confronted by the mother, Paige Maze, Herman walked outside onto the patio and sat down. Police say Herman told them that he entered the home through an unlocked door.

Maze described the suspect as being non-hostile, however, he couldn't understand why there was a problem.

"I remember running it by him and being like, 'Let's take this from the beginning. You came into my house and took my son from his bed,'" she said. "And he told me, 'I don't know what you're talking about.'"

This incident is similar to one that happened on Dec.15, when a Tempe couple woke to find a stranger in their home holding their infant. The child's father had to fight off the intruder who was found by police as he tried to flee the apartment complex.

No one was injured in this incident and Herman has been charged with criminal trespassing.