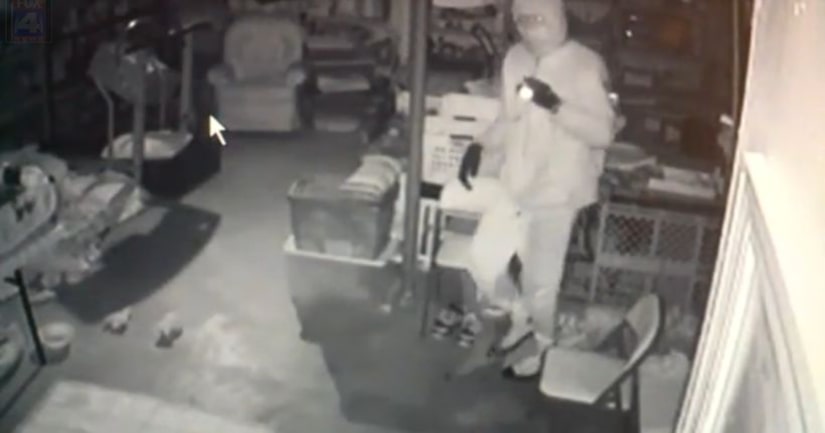 KANSAS CITY, Mo. -- (WDAF) -- Police are investigating after a family said a man burglarized their Northland home for hours while they were asleep just feet away. It happened overnight Sunday at their home along Northwest 67th Terrace.

“Hurt, fear, anger,” that's how homeowner Roy Schademann said he and his wife felt after the burglary. “What are you doing in our house?”

The man who was wearing a partial face mask worked so quietly he didn't even wake the family's two dogs.

Schademann said around 11 p.m. Sunday he thought he heard a noise in his basement, The veteran said his hearing has been iffy since he served overseas, so he went downstairs to check it out himself. He said he listened up against his basement door to see if he heard anything in his garage. Surveillance video later revealed that a man was standing on the other side of the door.

“It's very creepy, we both feel very violated,” said Schademann.

FULL STORY: Burglar leaves Northland family hurt and in fear after rummaging through their home as they slept - WDAF