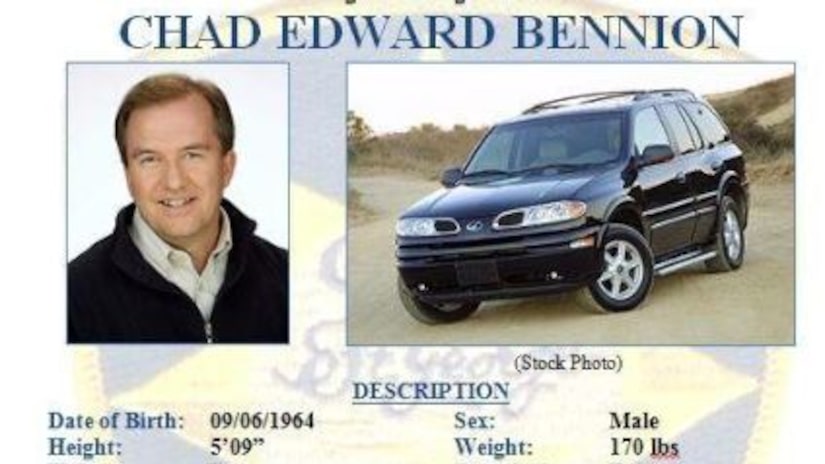 He was reported missing in St. George after he went trail running over the weekend, according to police.

Officials said he has been found safe Monday.

Police said his car got stuck on the way home and he didn't have cell service to call for help.

"He heard through the radio that there was an active search for him so he chose to stay with his vehicle in the hopes that he would be located," St. George Police said on Facebook.

He had food supplies with him in case of an emergency.

A driver passing through the area found him and helped free his car so he could drive home.

Bennion is a white male who stands 5-feet, 9-inches tall and weighs 170 pounds. He has brown hair and blue eyes and a fair complexion.

Police say Bennion is an avid trail runner who enjoys running on remote trails in the southern Utah area.

“When we tried to ping his cell phone it hit a tower on North Bluff,” St. George Lt. Joseph Hartman told St. George News. “But they couldn't pinpoint it any more accurate than that. It could be within 3, 4, 5 or 10 miles, we don't know.”

He is known to park his vehicle at trail heads when he goes running.