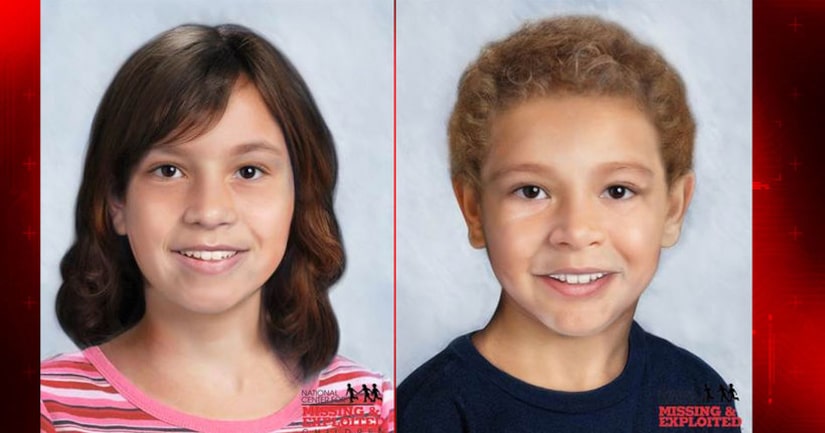 MONTGOMERY COUNTY, Md. -- (WDCW) -- The father of two Montgomery County children, who have been for over two years, has released age progression photos of what they might look like today.

The photos of Sarah and Jacob Hoggle were created by the National Center for Missing and Exploited Children.

“It was just a reminder that if, you know, if they're out there, kind of best case scenario is, I'm missing my kids changing and growing up and they're doing it without their dad there,” said the children's father, Troy Turner. He added seeing the photos for the first time caused a minor breakdown. "I just felt everything inside me collapse whenever I opened them up and looked at them. And I mean, I know it may not even be exactly what they look like, but just imagining them at that age now and thinking of everything I've missed."

Sarah, then age three, and Jacob, then age two, were last seen in September 2014. The age progression photos show the children at the ages of six and four, respectively.

Their mother, Catherine Hoggle is believed to be behind their disappearance and she was spotted on surveillance videos in the following days without the children.

Following her arrest, Hoggle told police she left the children with a friend, but has never revealed their location.

She faces several charges, including child neglect, and Montgomery County Police have said they were building a homicide case against her. However, Hoggle, who has been diagnosed as a paranoid schizophrenic, remains in a psychiatric institution. Several times she has been deemed unfit to stand trial. A decision Turner disagrees with.

"I've had conversations with her where I know it's not how things are. It's just watching her play the system,” said Turner.

Turner added he has no new search efforts planned for his children, but will be pushing out the new age progression photos and still hopes he might find Sarah and Jacob alive.

"I don't have a choice. It's either that or be a puddle on my kitchen floor.”

Catherine Hoggle's next status hearing is set for April 3, 2017.