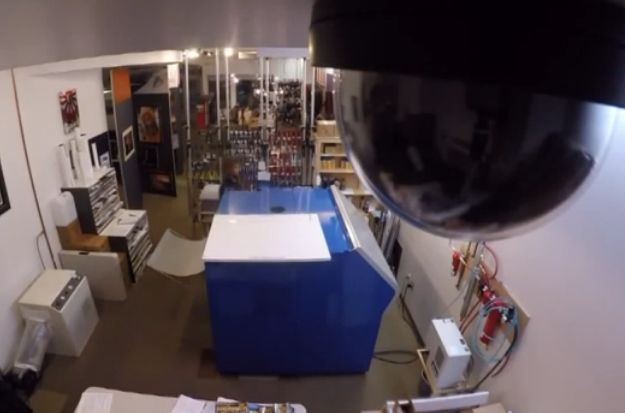 KSTU
KSTU - "The thieves were careful not to trigger any motion sensors."

SANDY, Utah -- (KSTU) -- Police in Sandy are investigating a heist that seems right out of a movie script. "Two of them came down on ropes. They kept the lights off, they didn't set off any alarms," said Ray Taggart, Co-Owner of Pixels Foto and Frame.

Taggart said someone cut a hole in the roof to get access to a storeroom Saturday night or early Sunday morning. Police believe it was at least three people, and two of them dropped into the store using ropes, then went back out the way they came.

"Any lenses worth more than probably two hundred bucks went out through the roof," said Taggart.