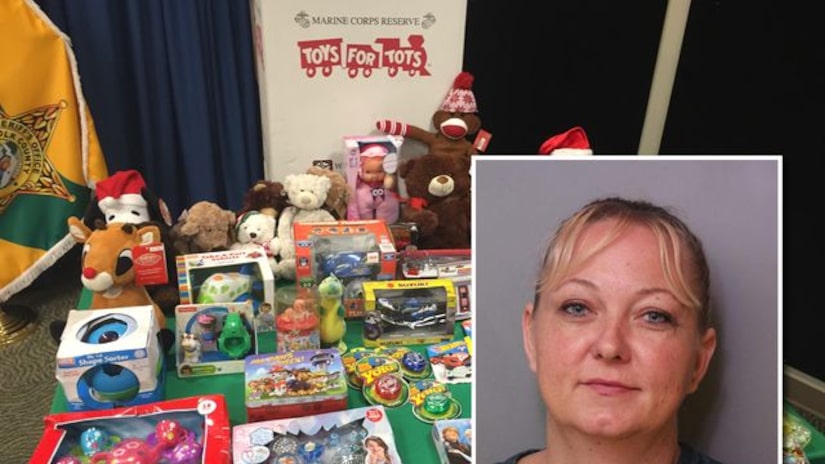 EAGLE LAKE, Fla. -- (WPTV) -- Polk County deputies have arrested a woman whom they call a "Grinch" for allegedly stealing from Toys for Tots.

Sheriff Grady Judd held a news conference on Tuesday morning to release details in the case.

Strickland was arrested by undercover detectives on Monday, December 19 when she showed up to the Toys for Tots warehouse to collect the toys she applied for.

The Polk County Sheriff's Office originally received a tip that Strickland had been keeping toys from Toys for Tots that were intended for children in need in the Eagle Lake area.

Detectives learned that Strickland attempted to use 140 fake children's names, and 28 fake adult names on fake applications to receive toys from Toys for Tots.

Strickland has been charged with Grand Theft, 28 counts of Providing False Statement to Obtain Credit/Property, Obtain Property by Fraud, and 164 counts of Create/Use/Possess Counterfeit/Fictitious Identification.

During the investigation, it was discovered that Strickland had submitted applications in 2015 as well.

When she was arrested, her 2005 Cadillac Escalade was also seized.