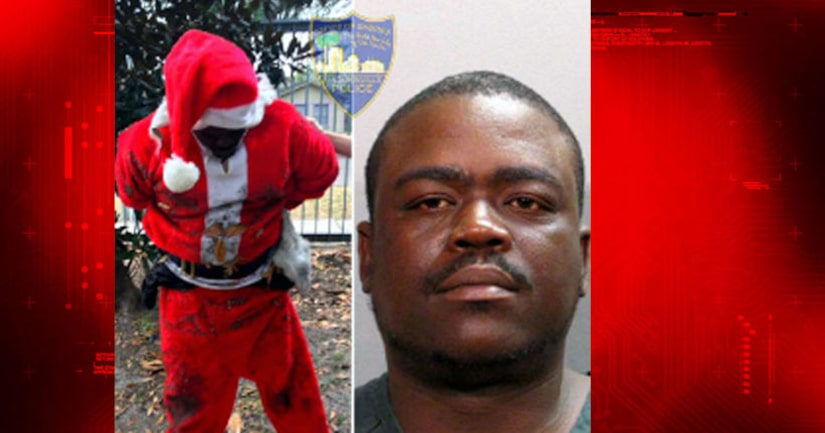 JACKSONVILLE, Fla. -- (WKMG) -- A man dressed as Santa Claus was arrested Monday for possessing a variety of drugs, the Jacksonville Sheriff's Office said.

The Sheriff's Office was conducting an investigation on Golfair Boulevard following numerous recent drug complaints when Isaac Geiger, 41, was spotted standing at the driver's door of a U-Haul rental truck in the parking lot of a business, according to police.

"I first saw a police car and then I see all these other undercover, I guess they were undercover, and I was, like, 'What are the police doing over there by the gas station?'" an anonymous witness told News 6 partner WJXT-TV.

Police said Geiger stood out because he was wearing a red and white Santa Claus outfit, complete with hat and white beard.