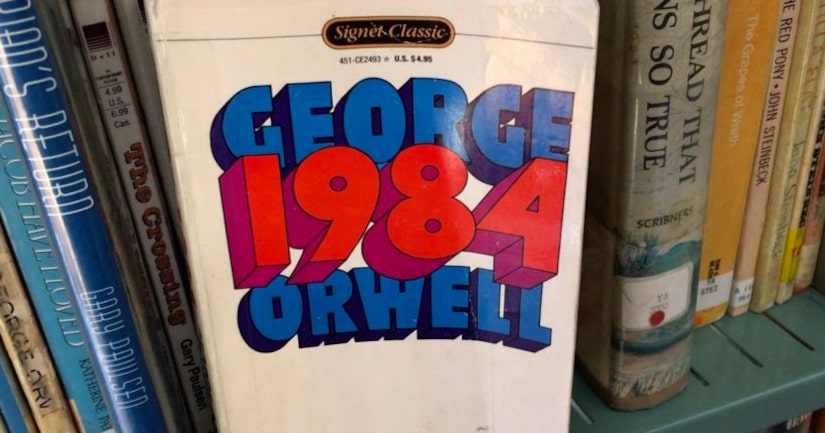 ALBIA, Iowa -- (WHO) -- Authorities tracked down a missing computer here with a little help from George Orwell, and 1984.

Recently a man came into the Carnegie Evans Library here asking if they had the book “1984” by George Orwell. The man said he had been to the Moravia Library, and they did not have that book. But he was able to look at the book in Albia.

A short time later the man said he needed to go out to his car. He left wearing a sweatshirt, and came back with an over coat. Around 90 minutes later, Library workers noted the computer tower was missing.

“Marilyn our librarian called me and said a guy stole computer out of the library,” said Dave Paxton, Chair of the Library Board. “It was kind of astounding because the computer sits right by the library's desk.”

A while back the Library had purchased surveillance cameras with a financial gift to the Library.

“I don't think we even thought about except he stole the book,” said Marilyn Woods, the Library Director.“Maybe an hour or so so you just have to watch it do you see what is happening,” said Woods about looking at the surveillance photos.

Police watched the surveillance photos and checked out some area pawn shops. They located the missing computer tower, and the Orwell book at an Ottumwa pawn shop. That shop even had the name and driver's license of the person pawning the items.