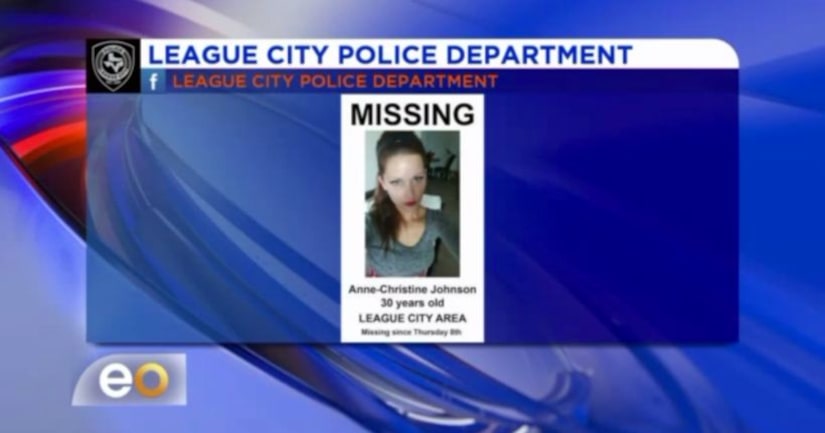 Anne-Christine Johnson, 32, is a mother of two.

The League City Police Department said Johnson was last seen a week ago in the 600 block of Chesterfield Lane.

Johnson is a cocktail waitress at Legends in League City. Her family said she called out sick for work Dec. 7.

When she didn't show up to meet her father for dinner the following day, he filed a missing person's report.

Johnson last posted photos of herself Dec. 8, just before 4:30 p.m. Her family said it looked like she has a black eye that she's trying to cover up.

League City police said she may be traveling in a white sedan with a male companion. Investigators believe she was wearing an overcoat and pink scarf.