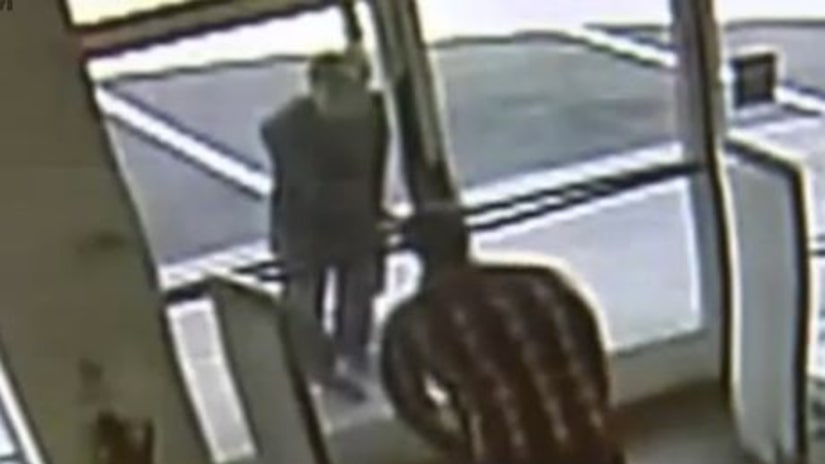 LOS ANGELES -- (KTLA) -- The owner of a clothing store called Mix & Match in San Bernardino says a would-be thief became stuck in his store Tuesday afternoon when he locked the doors as the man was attempting to commit a burglary there.

The man is seen on the store's surveillance footage grabbing clothes. Boutique owner Steve Han says he then threatened him with a knife.

Acting on instinct, Han immediately left the store and locked the suspect in, he said. The man can be seen attempting to break the store's windows with a large wooden block, but he was unsuccessful.