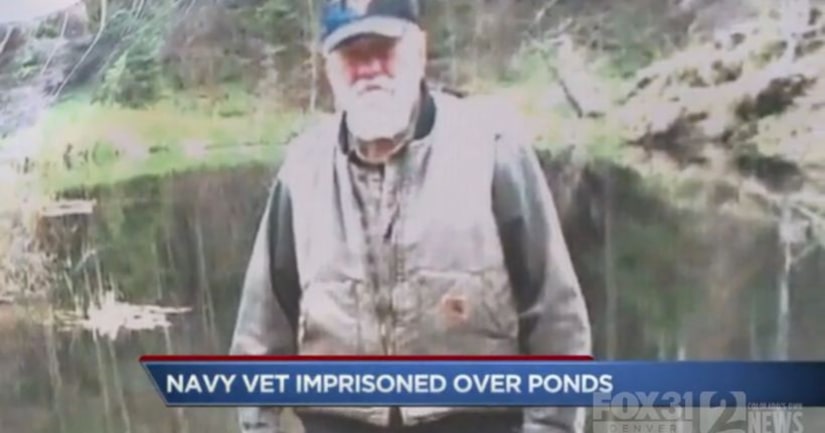 DENVER -- (KDVR) -- Friends of 77-year-old Joe Robertson describe him as self reliant, kind and gentle.

"He has a kind heart. He served our country. He's a veteran," said Lindsay Szymanski, a friend of Robertson's.

He excavated several ponds on his property for livestock and fire mitigation. But the Environmental Protection Agency did not like that idea and told him to stop. Robertson, with his stubborn side showing, dug the ponds nevertheless.

The EPA alleged Robertson allowed dirt from the ponds to enter a tributary of nearby Cataract Creek.

The federal agency subsequently charged and convicted Robertson of three counts of destruction and degradation of publicly owned property. He was sentenced to 18 months in a federal prison.