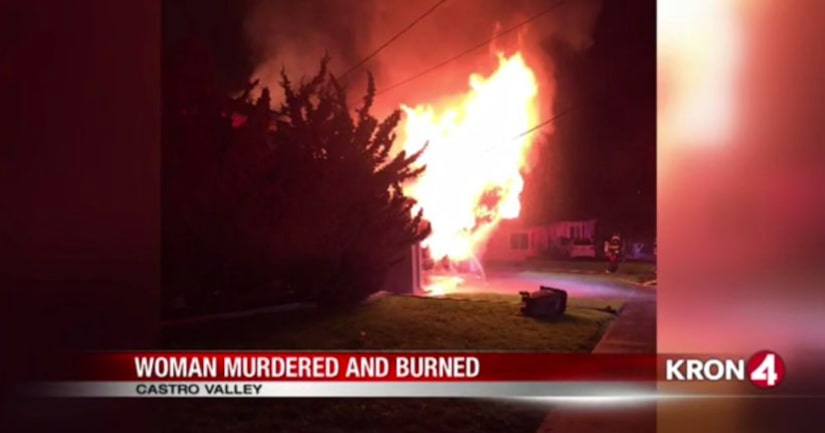 CASTRO VALLEY, Calif. -- (KRON) -- Deputies are investigating a Castro Valley fire Tuesday morning that killed one woman as a murder, according to the Alameda County Sheriff's Office.

Deputies believe the fire was started as a cover up for a murder, said Sgt. Ray Kelly. They suspect the woman was killed before the fire started.

“We believe the fire was set to burn the body,” Kelly said.

One firefighter was also injured while trying to extinguish the flames. It happened at approximately 2:44 a.m. on Grove Way.

“During the autopsy it was discovered that this was likely a homicide,” sheriff's Sgt. J.D. Nelson said.