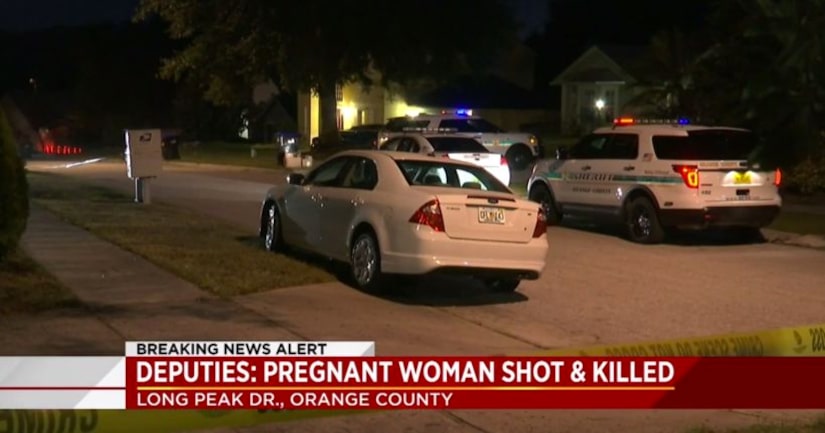 ORLANDO, Fla. -- (WKMG) -- A pregnant mother of two was shot to death Tuesday night while answering a door at a home in the Pine Hills area, the Orange County Sheriff's Office said.

The 24-year-old Sade Dixon whose children are 5 and 7, was three months pregnant, according to Orange County sheriff's spokeswoman Jane Watrel.

Deputies said a man banged on the door of a home in the 6000 block of Long Peak Drive around 9:15 p.m. Dixon opened the door, and the man shot her, deputies said.

Dixon's 26-year-old brother, Ronald Steward, heard the commotion and tried to help his sister, and the gunman shot him, too, deputies said.

Deputies are still searching for the shooter, who they said is known to the family.

The victims' parents, brother and the slain woman's children were in the home at the time of the shootings. They were not injured.