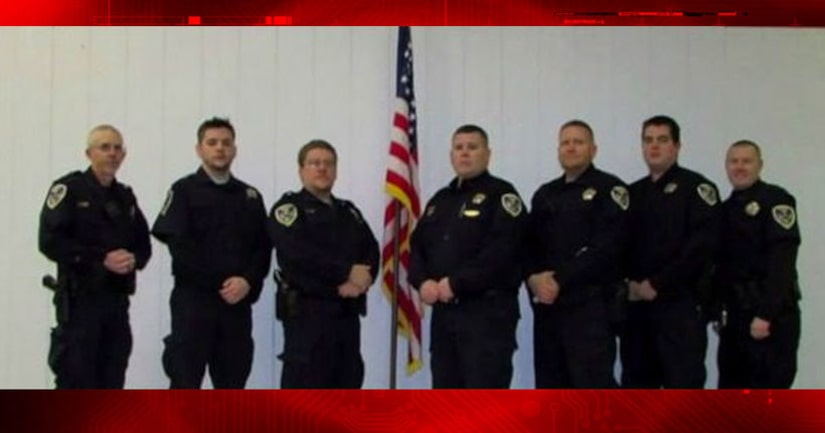 INDIANAPOLIS, Ind. -- (WXIN) -- An entire Indiana town has no police officers after every single one walked off the job. The officers blame the Bunker Hill Town Council for the situation.

“We have had issues with the town board and there are some activities there where I felt like they were serving their own agenda,” said former Bunker Hill Town Marshal Michael Thomison.

Thomison served as town marshal for four years until Monday night when he and four other officers handed over resignation letters to the council, telling them they have had enough.

“They would not communicate with us or the officers and they kept scaling back,” said Thomison.

In their resignation letters, the officers accuse council members of asking them to “do illegal, unethical, and immoral things.” They cited examples like asking police to run background checks on other town councilors to find their criminal history. The officers also claim they were threatened when they said no.

Another issue they brought up in the letter was their safety. The officers say they were all forced to share one set of body armor, putting their lives on the line while they were out making arrests and serving warrants.

“I did not want to send someone out there with bad body armor so I would take mine off and provide it to the other officers. I told them we have to provide this, there is an IC code that explains that and says that the town has to provide that body armor,” said Thomison.

On top of all that, Thomison says his resignation was personal. He was diagnosed with cancer last year, but when he was ready to go back to work in May, Thomison says they would only allow him to work part time. He blames the town councilors and plans to file a lawsuit against them.

“They came at me and said it is costing the town way too much money because of my insurance and they said we are taking you down to part time,” said Thomison.

Thomison and the other officers say they did not want to step down, but feel they had to. For now, the town is relying on outside help as they search for new officers.

“I know that they are scrambling and have contacted some other officers that do not want the position,” said Thomison.

Town Council President Brock Speer says they will release a statement in the near future.