Young Kyron Horman, 7, disappeared on June 4, 2010 after being dropped off at school by his stepmom. That stepmom has lived under a cloud of suspicion ever since he went missing. And now she finds herself in trouble with the law.

It was a Crime Watch Daily exclusive, on the ground in the Oregon rainforest to help a desperate mother search for her missing son.

Now, a year after we got involved authorities have renewed the search, and Kyron's stepmom, the woman the family alleges is responsible for his disappearance, is headed to court for more reasons than one.

The latest came just days ago, when a man calling himself Terri's domestic partner filed a restraining order against the woman, claiming she held a knife to his face, then telling local news outlets, quote: "I don't even know what she's capable of."

It's the most recent development in a case that started many years ago.

This is the last known picture of 7-year-old Kyron Horman, taken at his school by his stepmom Terri just minutes before he vanished. Time has done little to ease the pain of Kyron's biological mother, Desiree Young.

"He had a science fair at his school," said Young. "Unfortunately I wasn't able to go. His stepmom was gonna take him to the science fair."

The 7-year-old's disappearance triggered a massive search that captivated the nation.

Terri Horman appealed to a circuit court judge to grant the name change, but the judge denied her request. But as we're just now learning, Terri did go back to using her maiden name, Moulton. Which is why until just days ago, few people realized she was arrested in Northern California in August 2015 for allegedly stealing a handgun from her roommate.

Then after failing to show up for her arraignment, she was arrested again and booked on July 4, 2016, exactly six years and a month to the day Kyron went missing.

And the restraining order, filed just days ago by the man alleging Terri pulled a knife on him, a man who also told the press: "Something is going to happen to me or my family."

Just this September, Kyron's stepmom Terri appeared on the "Dr. Phil" TV show, where she once again denied having anything to do with his disappearance. A few days after that appearance, the Multnomah County Sheriff's Department renewed their search for Kyron.

But Terri will be in court later this month both to answer for the domestic violence charge, and again on the same day for failing to appear on the gun charge, a crime for which she has since pleaded not guilty.

We have tried to get her side of the story, but she's hiding behind attorneys who refuse to comment. 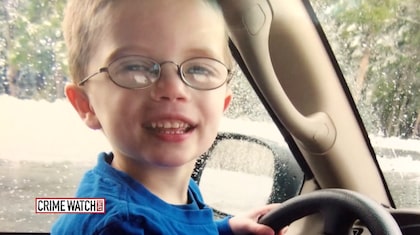