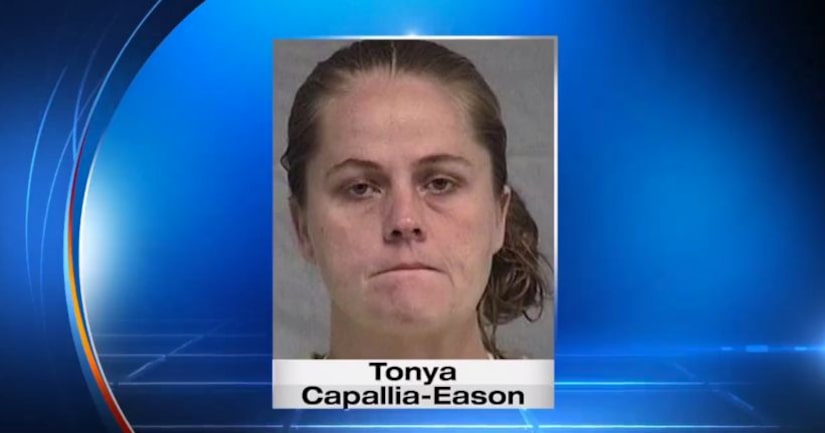 YULEE, Fla. -- (WJXT) -- A Nassau County mother facing two counts of DUI manslaughter in the deaths of her 9-year-old and 8-year-old sons lied to first responders the night of the deadly October crash, according to a recently released police report.

Investigators said Tonya Capallia-Eason was driving with seven children in a Ford Explorer and had a blood alcohol level almost double the legal limit when she struck a utility pole Oct. 22 on Lonnie Crews Road.

Nicholai Capallia and Nehemiah Capallia-Bird were killed in the crash.

According to her arrest report from the Florida Highway Patrol, Capallia-Eason lied to investigators the night of the crash, saying that she "was a passenger in the vehicle when the driver began to lose control" and she "attempted to assist the driver when the vehicle struck a pole and rolled over multiple times."

Troopers said Capallia-Eason was found trapped upside down in the driver's seat of the SUV and they confirmed she was the driver, which is why she is now facing charges.