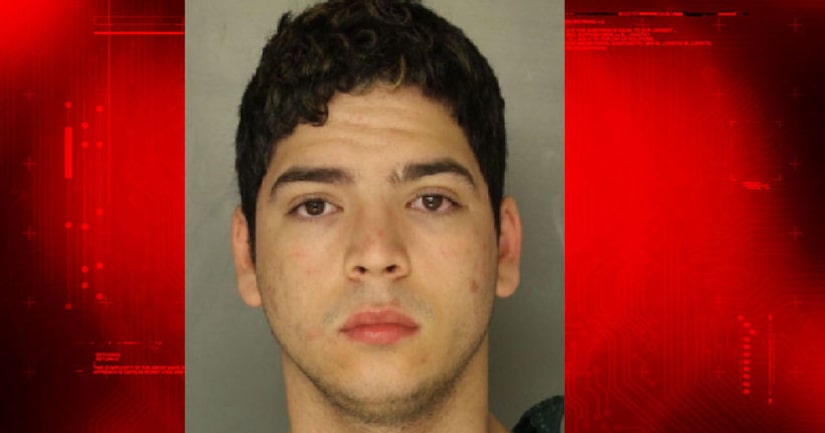 The charges filed last week allege Freddy B. Emery, 18, had physical contact with a 13-year-old girl and illegal online interaction with an 11-year-old boy.

Emery is at Lancaster County Prison on combined $110,000 bail.

Police discovered the online crimes this summer when Paulding Police Department in Ohio provided a tip that Emery was engaged in inappropriate contact with an 11-year-old via Skype. The boy lived in Paulding, Ohio.

The boy told police that he met Emery while playing XBox video games online. Emery convinced the boy to use Skype and during one session Emery performed sex acts. Emery also asked the boy to pose nude while Emery took images via Skype.

Lancaster County Detective John Duby searched Emery's laptop and personal computer and found images of the 11-year-old in clothes, along with images of an unidentified nude juvenile male. Other images of boys were found on the devices.

Police believe Emery used online XBox gaming to befriend potential victims and lure them to Skype. The investigation is ongoing. Anyone with information about such conduct, should contact East Lampeter Township police at 717-291-4676.

Regarding the physical crimes:

Officials at a local middle school contacted police Dec. 1 and reported that something of a sexual nature happened involving Emery and a 13-year-old girl. The girl's mother initially reported an incident involving her daughter and a boy named “Freddy,” who rides the school bus with her daughter.

Police confirmed Emery and the girl rode the same bus. Also, the girl told police about the sexual contact.

Emery admitted to police to having sexual contact with the girl at his home in the 2000 block of New Holland Pike.

Emery was first arrested and arraigned on the child pornography case. He posted $10,000 bail and was released Dec. 2.

Later that day, police arrested Emery on the other case. District Judge Denise Commins arraigned Emery and set bail at an additional $100,000.