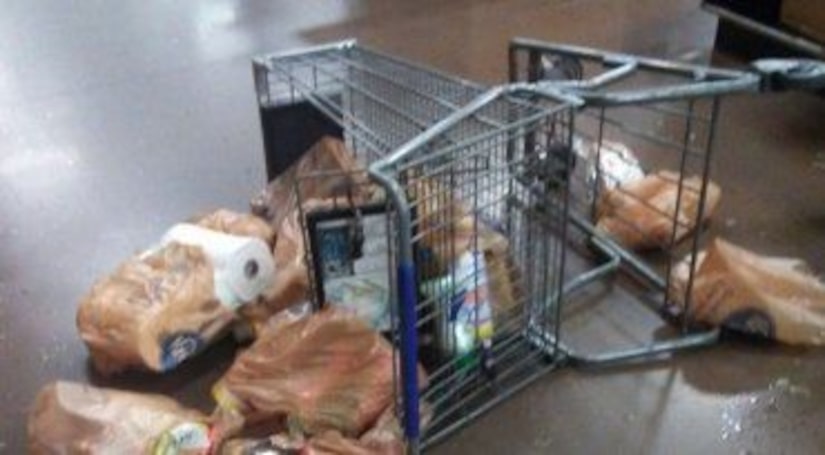 MEMPHIS, Tenn. -- (WGNO) -- A "couponing" mom in Tennessee says she was attacked inside a grocery store because a customer said she was holding up the line, according to WREG.

Megan Wilson was attempting to use several coupons at a Kroger store in Memphis on Friday when a customer got frustrated because it was taking a long time at the checkout register.

"He started shouting 'Come on, there's other people out here. Nobody has time for this,'" Wilson told WREG.

Wilson said she went "back and forth" with the man before the altercation turned physical.

"He grabbed my bun pulled me back and smashed me into my cart. When I came to... I was on the ground and my leg was under the cart," she said.

Wilson said her shopping cart was knocked over during the altercation. She said the customer then ran out of the store and left his items behind.

Kroger released a statement about the incident:

"We want to thank Central Defense Security for reacting quickly and calling the police. Kroger Delta will continue working with the Memphis Police Department to help resolve this situation between two customers."