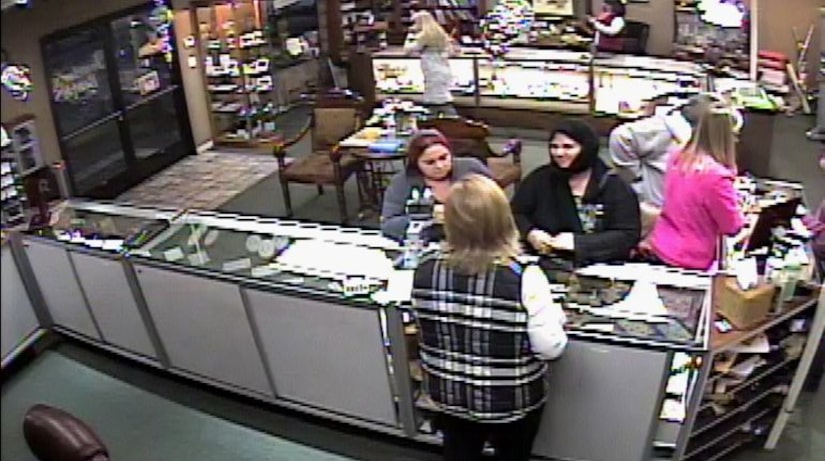 According to Joseph Woodruff, a police spokesman, the incident occurred the evening of December 9 at The Jeweler's Bench.

Upon their arrival, officers learned two women came into the store and picked out several pieces of jewelry. They claimed they wanted to ship the jewelry for a wedding.

The suspects left a $200 deposit at the store and promised to come back following a trip to the bank. The women never returned to the store. Employees then grew suspicious and opened the shipping box to find the jewelry bag had been stolen.

Anyone with information on the identity and whereabouts of the suspects is asked to call the Poplar Bluff Police Department at (573) 785-5776.