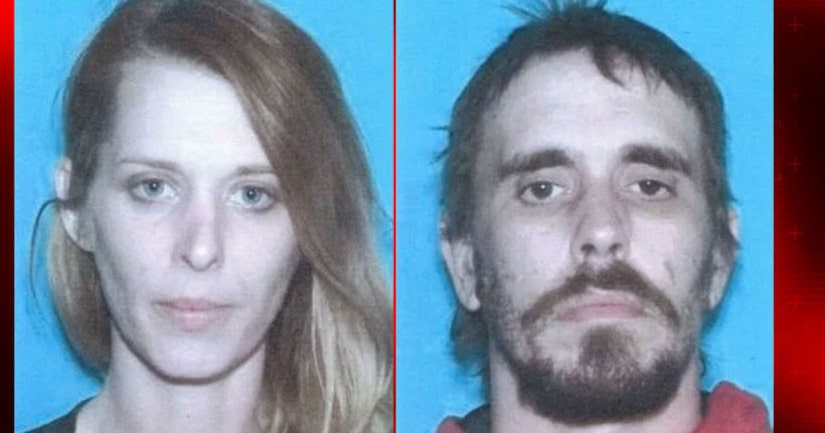 LEADWOOD, Mo. -- (KTVI) - An eastern Missouri man is alive after being stabbed nearly 20 times. Silas Laycock, 43, who is from Leadwood, was also shot. Police are now looking for his wife and her boyfriend. They are identified as Angela Laycock, 34, and Anthony Perkins, 37.

The suspects, along with the four children, left the home in a white 2006 Chevy truck, possibly with Montana plates. The plates may have been removed. The license plate number on the vehicle is unknown.

The sheriff says Wednesday night the truck the couple was driving was spotted in the Jefferson City area. Police followed them on Highway 54, then ended the pursuit when weather conditions became bad. The four children are still believed to be with the couple.

Police say the crime happened Monday in Leadwood. Authorities believe Silas Laycock was left for dead. He regained consciousness Tuesday and said he thought he heard the voice of his wife and another man as they left. The victim drove himself to a gas station for help.

Neighbors of the victim say he and his wife, another man and several children moved into a home on 5th Street a couple months ago. Investigators are searching for the wife and the other man. They do not believe the four children are in immediate danger.

The victim was taken to a St. Louis area hospital and is expected to survive.

The suspects may be armed with a handgun and a shotgun. Anyone spotting the vehicle should call the St. Francois County Sheriff's Department at (573) 431-2777. The suspects are considered armed and dangerous.