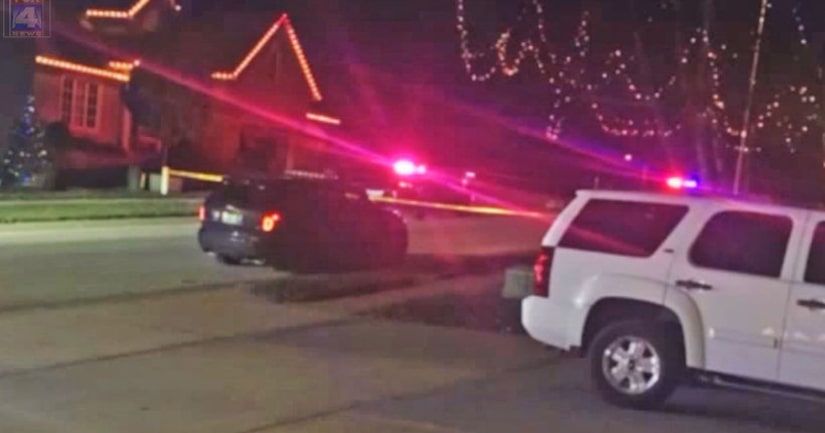 KANSAS CITY, Mo. -- (WDAF) -- A shooting in an upscale Northland neighborhood left many asking questions. One metro mother and her young son came within a few feet of the shooter, not knowing what was about to happen.

Kansas City police were called out to the neighborhood on reports of a man with a gun. When they got there, they found a bloody front porch and a man who had been shot.

"It's just kind of crazy. Kind of still in shock that something like that would happen in this neighborhood," the mom told FOX 4's Megan Brilley.

For her own safety, she wanted FOX 4 to conceal her identity. She was leaving a family member's home with her young son Wednesday, in the 10100 block of NE 101st Street. As she started to reverse in the driveway, she realized a car was blocking her in.

"I thought somebody was looking for a house, and that they were at the wrong house. They were driving real slow then they stopped."

After a few minutes, the car left and she drove away. Soon after, her sister called her to tell her a shooting happened outside just across the street.