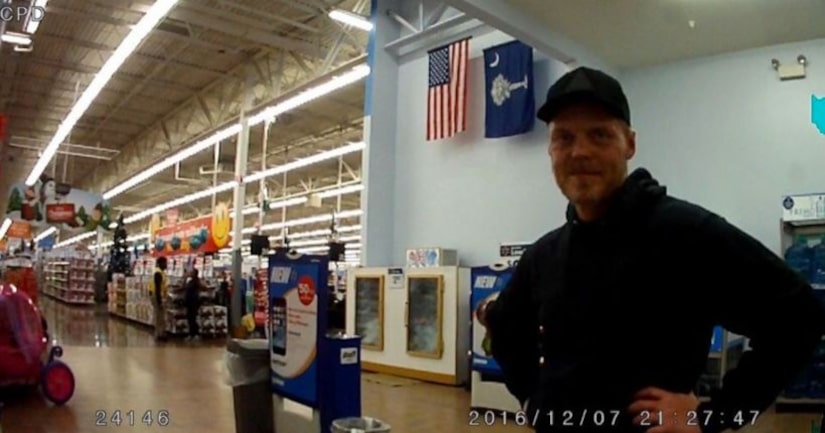 COLUMBIA, S.C. -- (WLOS) -- A manhunt is underway for an escaped inmate from South Carolina who is now wanted for stabbing an officer multiple times.

Police say Michael Alan Williamson was serving a life sentence at the McCormick Correctional Institution when he escaped around 8:50 p.m. Wednesday. About an hour later, police believe he stabbed a female police officer several times at the Walmart on Bush River Road in Columbia. The officer was attacked while responding to a shoplifting call.

The Columbia Police Department tweeted out a photo of who they say is Williamson at the store.

Williamson, 47, is 5'11" with green eyes and brown hair. He weighs about 111 pounds, according to correctional records.

He was sentenced to life in prison in 1998 for armed robbery and was also convicted in 1997 of assault and battery with intent to kill in Greenville County.