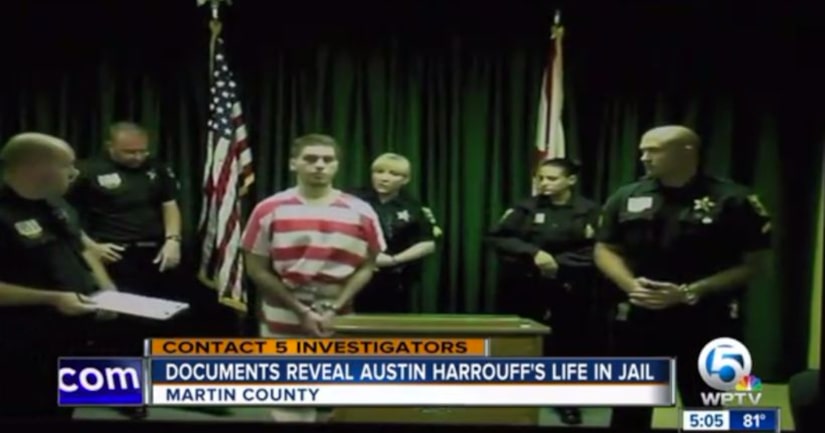 It's been two months since the 19-year-old was moved from his hospital bed to a jail cell, after allegedly killing Michelle Mishcon and John Stevens, and biting off part of John's face.

Austin Harrouff is being held in the Martin County Jail's Medical Housing Unit, according to exclusively obtained jail records.

On October 3, the day Austin Harrouff walked into the jail, he already had a package waiting for him.

The gift was a book called “When Life is Over: The Truth About What Awaits You After Death.” Because it was from an anonymous sender, Harrouff wasn't allowed to receive it.

Deputies have turned away two more gifts since October 3. One, a book called “Emmanuel's Dream,” the true story of a disabled African cyclist, who rode 400 miles across Ghana. The other package involved glitter.

Harrouff is on what's called “special status,” meaning he must be handcuffed and escorted by two deputies, any time he's out of his cell.

If Harrouff is taken out of the medical unit, he must wear leg restraints and a belly chain.

When Harrouff was first booked into the jail, records show he was immediately put on suicide watch. That's not the case anymore, but he does see medical staff at least three times a week for evaluation.