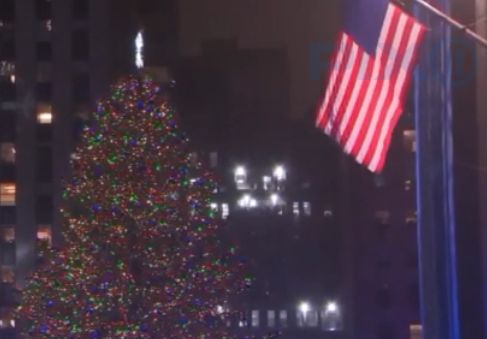 WPIX
WPIX - "He was taken into custody at Rockefeller Center."

Yuriy Alterman, 38, of the Bronx was seen by a witness walking erratically towards the Rockefeller Center Christmas Tree.

The witness flagged down a police officer when they noticed the man was lugging the gas can and matches. Alterman, who was also carrying the book "Son of Hamas," then hurled a bottle at officers while yelling expletives.