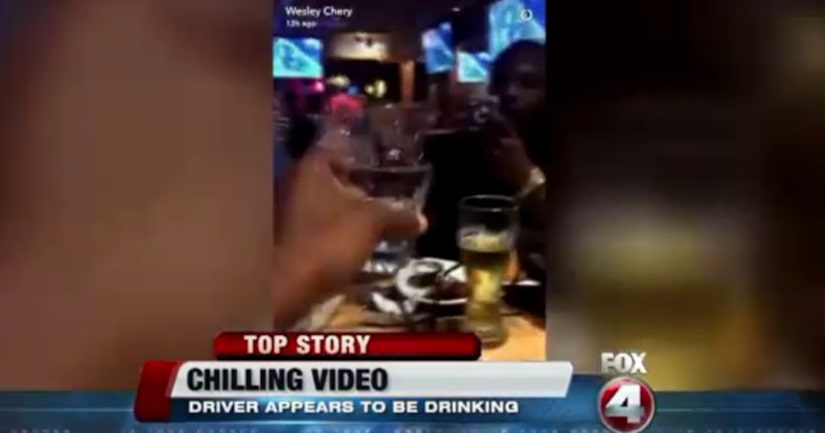 PORT CHARLOTTE, Fla. -- (WPTV) -- Videos from the social media app SnapChat show what was happening the hours leading up to a single car crash in Port Charlotte, Florida that killed two people.

Wesley Chery was driving and Brittany Beni was his passenger. Both are 21-years-old.

Florida Highway Patrol said Chery was driving when his car ran off the road, went airborne, and collided with a road sign and tree.

Fort Myers-based WFTX was sent SnapChat videos taken in the hours before the crash. The video shows Chery drinking and taking shots with some friends.

The first video was taken around 11 p.m. Sunday night, and the last one was posted at 1:15 Monday morning. The crash happened about an hour later.

"It's so heartbreaking because one decision to get behind the wheel of a car after having anything that impairs you can just end so tragically," Lori Burke with Mothers Against Drunk Driving said.