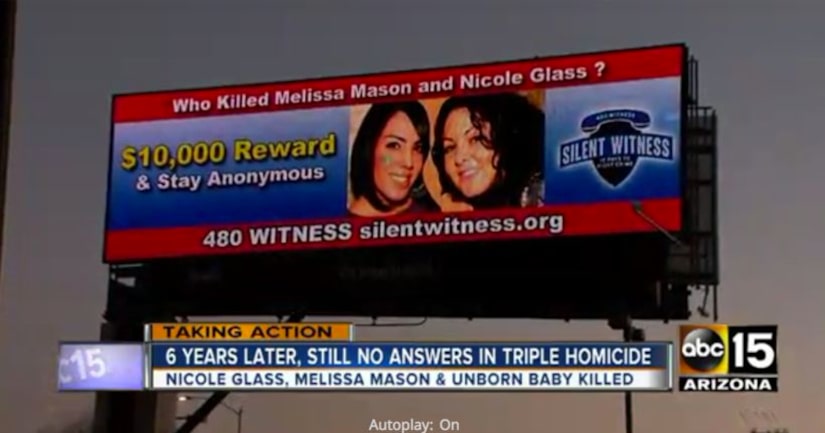 PHOENIX -- (KNXV) -- Police are continuing to investigate the deaths of two women who were killed in Phoenix six years ago.

Melissa Mason, 27, and Nicole Glass, 27, were found strangled to death Dec. 3, 2010. At the time of the women's deaths, Mason was two months pregnant.

Police are investigating the incident as a triple homicide.

On the night of their deaths, a woman called 911 after going to the home to visit friends and finding one victim lying on the floor. It wasn't until officers arrived that they found both women dead inside, a police spokesperson said.

On the anniversary of their deaths each year, the victims' mothers hold a candlelight vigil. The families gathered on Saturday near 7th and Lincoln streets to continue bringing attention to the tragic incidents.

As tears flowed down their faces, family and friends were reminded that even six years later, the pain is still very real.