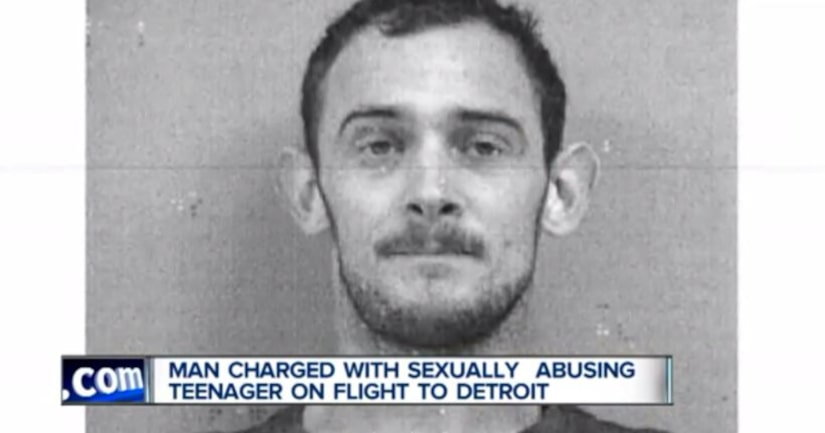 DETROIT -- (WXYZ) -- Glenn Chase Dove is no stranger to trouble, but this time the 33-year-old laborer who frequently travels for work, has been charged with Abusive Sexual Contact after he allegedly groped a teenage girl on a Delta flight from Mexico to Michigan.

The flight on July 2 landed in Romulus at Metro Airport where FBI agents began their investigation into the incident.

Dove, lived in Southfield earlier this year, but he told a federal magistrate that he currently lives in Maryland for work and permanently resides in Ohio with his mother, grandmother and two sisters.

The 17-year-old alleged victim says that Dove was seated next to her on the flight and she told an FBI agent that Dove licked her knee. She says she slapped his hand away and he claimed to only be joking.