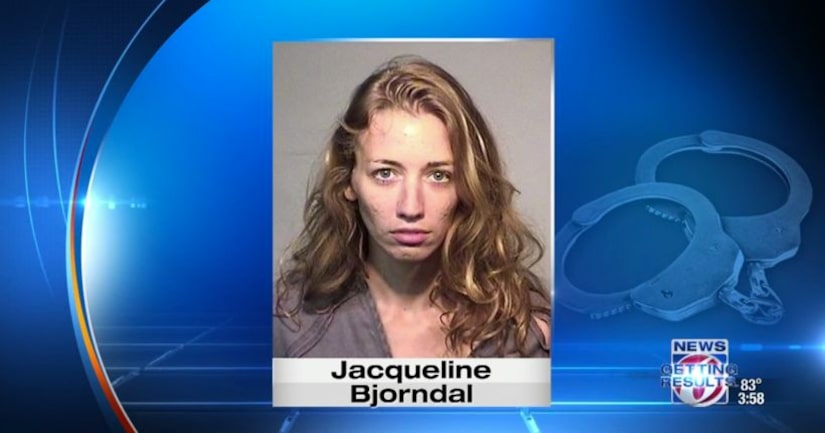 PALM BAY, Fla. -- (WKMG) -- A woman was arrested Thursday in connection with the drowning death of a 5-year-old girl in her care, Palm Bay police said.

Jacqueline Chiara Bjorndal, 22, told police she was babysitting Aubrey Alcott on Nov. 25, when she found the child in the pool.

The drowning happened at Bjorndal's home at Knecht Road NE in Palm Bay. Police said Bjorndal was smoking meth and marijuana while babysitting and let the child go outside to play with a pet pig.

It was about 20 minutes later when Bjorndal's roommate arrived and went to the backyard. He immediately saw a shadow in the deep end of the pool and pulled the girl out, police said.

The Palm Bay Police Department released a nearly six-minute 911 call from the incident, in which an operator provides instructions on how to perform CPR."We got a little girl who fell in the pool, and she's not breathing. Her lips are blue," the roommate said.

He told the operator he has no idea how long the child was underwater. The man can be heard relaying the CPR and chest compression instructions to Bjorndal as she takes over lifesaving efforts.

"Try to keep the mother calm, OK, but let those compressions and the CPR continue, OK?" the operator said.