TACOMA, Wash. -- (KCPQ) -- As they continue their investigation into what led up to the shooting of veteran police officer Reginald Jake Gutierrez, we're learning more about the suspect himself.

While court documents show one side of shooting suspect Bruce Johnson II, those who knew him offer a different perspective.

So did family pastor Gregory Christopher.

“Seemed to be a happy go family,” said Christopher. “So what went wrong, we don't know.”

Fleming says Johnson was trying to overcome personal struggles in his life, including the arrest in 2015 after an incident at this medical marijuana shop on South Union Avenue.

According to court documents, Johnson argued with employees, showed off a loaded gun and punched one in the face for denying him marijuana.

However, Fleming says Johnson wasn't an angry man but a troubled one.

“I believe that Zeus suffered from mental illness; I know there were things in his mind that troubled him, but I don't think he was a bad person,” said Fleming. 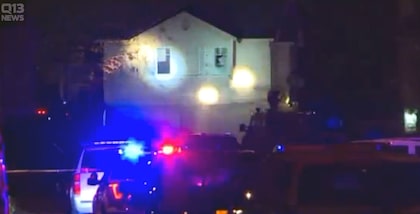