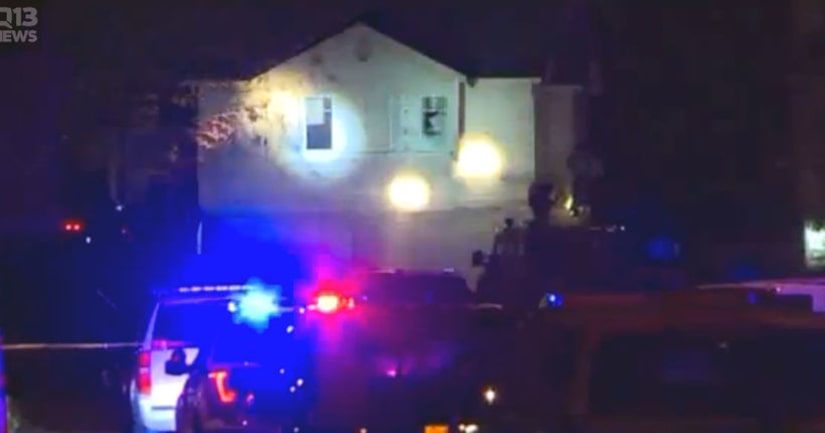 TACOMA, Wash. -- (KCPQ) -- The suspect accused of shooting and killing a Tacoma police officer was killed early Thursday after a standoff with authorities that lasted for hours, officials said.

A Pierce County sheriff's deputy shot the suspect, who had been using two children as a shield, Detective Ed Troyer said.

“We didn't want the kids to get hurt on top of everything that happened. Unfortunately, such a horrible situation, this could have ended a lot worse,” Troyer told reporters. “The suspect's deceased. The kids are safe. That's really what we're very thankful for.”

Police said the officer, who has not yet been publicly identified, was responding to a domestic dispute Wednesday afternoon when the suspect shot him. He died Wednesday night.