The Oklahoma State Bureau of Investigation (OSBI) released a sketch of an individual that agents would like to speak with regarding the Carina Saunders case, KOKH-TV reports.

The sketch was made based on the description of a man seen in the area at the time of Carina’s death. He is not a suspect or a person of interest; he is someone agents would like to speak with to see if he has any information that might be helpful to the investigation.

Additionally, in connection with the October anniversary of Carina’s remains being discovered, the Bureau is offering a $10,000 reward for information in the case. 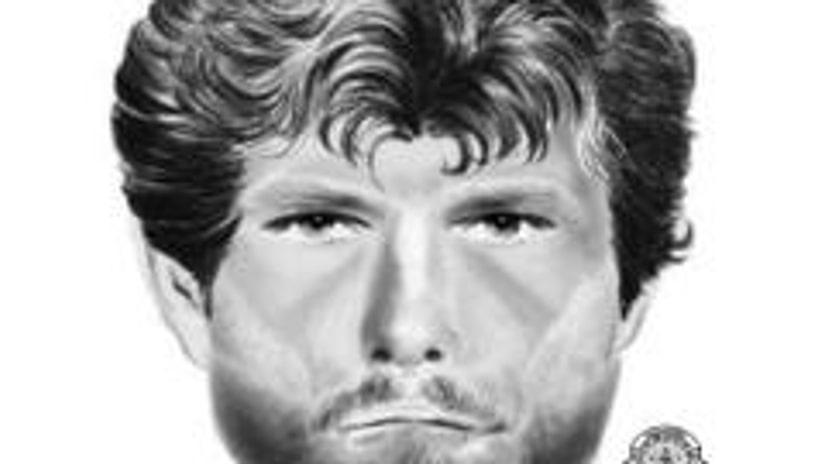 Nothing can prepare you for the shock of finding out your teenage daughter has been murdered. The family of Carina Saunders is living a new nightmare as police believe her murder may have been filmed.

The dismembered body of a beautiful woman was found stuffed into two duffel bags dumped in a field behind a grocery store in Bethany, Oklahoma, on October 13, 2011. Was she forced to make a "snuff" film?

Saunders's head, hands and feet were sawed off.

And the autopsy shows the killer even tried to cut off a tattoo to avoid identification of the victim. Cops say that points to the work of drug- and human-traffickers.

Carina Saunders's mother Marjorie Queen is still trying to come to terms with her daughter's violent death. Carina was a pretty 19-year-old who reportedly got caught up in drugs and illegal activities.

"Traffic in and out all day and all night long there," said one neighbor. "Girls and guys in there hollering and screaming and fighting each other, and you can literally hear them hitting each other."

After Carina's remains were discovered, cops quickly busted two suspects: Jimmy Massey and Luis Ruiz. Both were charged with first-degree murder in connection with the slaying.

Court documents reveal that Massey, who was already in county jail on drug charges, bragged to another inmate "he was involved in the homicide."

It seemed an open-and-shut case. Not so fast: Due to a lack of physical evidence, the charges against the two men were dropped.

Even so, police say Ruiz and Massey are not free from suspicion, because those charges could be re-filed later.

"You have a high-pressure investigation, it ups the incentive for officers or detectives to go after sources more aggressively, to do things that are less reliable," said Brady Henderson, legal director of the American Civil Liberties Union (ACLU) of Oklahoma.

Then, a stunning turn: After the release of Massey and Ruiz, three officers are now under investigation, with reports saying they used deceptive and misleading tactics to manipulate the criminal case against Massey and Ruiz.

"The officer says, 'You are going to go to prison. You are probably going to lose everything you have in life because of what you've been caught doing, unless you can help me out here,'" said Henderson.

Unbelievably, Carina's torture was reportedly captured in bone-chilling detail on videotape for the making of what is called a "snuff" film, where people are raped and killed on video. The films are allegedly sold on the black market for top dollar.

According to police, multiple witnesses reportedly claim to have seen the video and say Luis Ruiz can clearly be seen taking part in her murder.

"The OSBI has a strong belief that there is in existence a video of the murder. We have strong reason to believe that that video still exists," said Stan Florence, director of the Oklahoma State Bureau of Investigation.

Now the Oklahoma State Bureau of Investigation is offering the largest monetary reward allowed by state law to get their hands on a copy.

"If there are those in the public who know where that video exists, we are offering up to a $10,000 reward for that video," said

A woman who claims she saw the video is an alleged prostitute. Her attorney, Scott Adams, says he brokered a deal for the informant to speak with detectives, and she was promised she would remain anonymous. Instead her identity was released to the public. That woman is now in fear for her life.

If you have information about the case, contact the Oklahoma Bureau of Investigation at (800) 522-8017.