Jennifer Laber, 36, was reported missing at 8 p.m. Tuesday after not returning home with her sons, 3-year-old Adam Laber and 5-year-old Ethan Laber, to the area of North Hampton Court and Hibiscus Drive in Highlands Ranch.

A 2011 silver Chrysler Town and Country minivan matching the one being driven by Laber was found next to a secluded loading dock of a closed Sports Authority store at 7848 E. County Line Road.

"We certainly did not see this horrific ending that this case has come to today," sheriff's chief deputy Steve Johnson said. “We do not have a lot of answers.”

Police received a call about 7:45 a.m. from a passerby that the minivan was found. Johnson did not say how the three died. It's not clear how long the minivan was outside the abandoned store.

The minivan was parked several feet from County Line Road and was shielded by a wall.

Police said there is no indication there is any public danger and there are no suspects.

The sheriff's office released information about Laber and the children late Tuesday night after they were reported missing. Johnson said an Amber Alert was not issued because it didn't appear to be needed.

"There were no red flags," he said.

Laber was last seen picking up her sons from Bear Canyon Elementary School in Highlands Ranch about 2 p.m. Tuesday. Johnson said the children were pulled out of a school about an hour early but it's not known why.

The three were seen leaving through the main door and nothing appeared unusual.

Johnson said the investigation is active and ongoing. 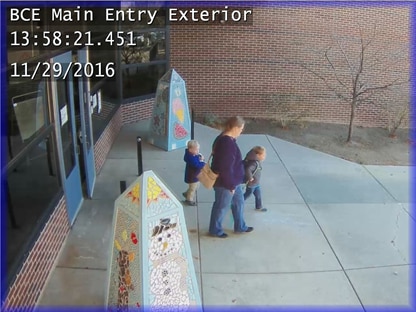