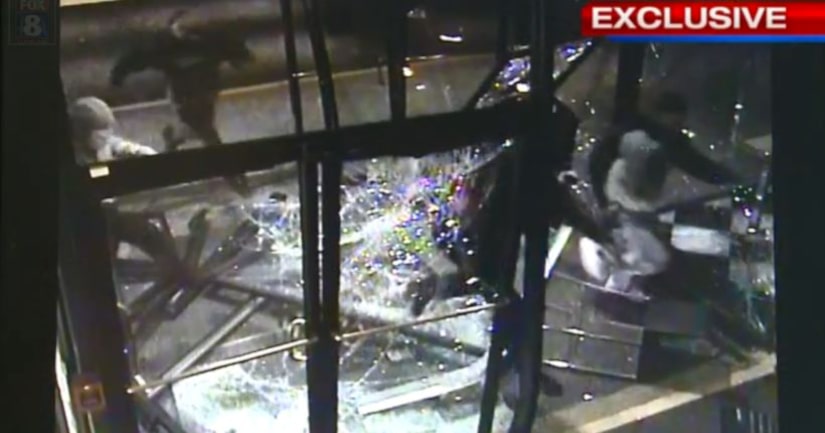 CLEVELAND (WJW) -- Eight people are behind bars, charged with stealing almost $2 million in merchandise from high-end stores in several states, including Ohio. Beachwood police believe they may be the same people responsible for a daring smash and grab at Beachwood Place last year.

September 2015, dramatic surveillance footage captured video of a stolen jeep smashing through the front doors of the Saks Fifth Avenue Store at Beachwood Place in the middle of the night.

The video shows eight, out of a total of twelve people who were involved, run into the store. Within a minute, they got away with about $300,000 worth of designer purses.

Days later, two people were arrested in Chicago. But police say this multi-state theft ring was not done. Investigators believe the group is responsible for similar heists in Indiana, Michigan and Missouri in addition to Ohio.