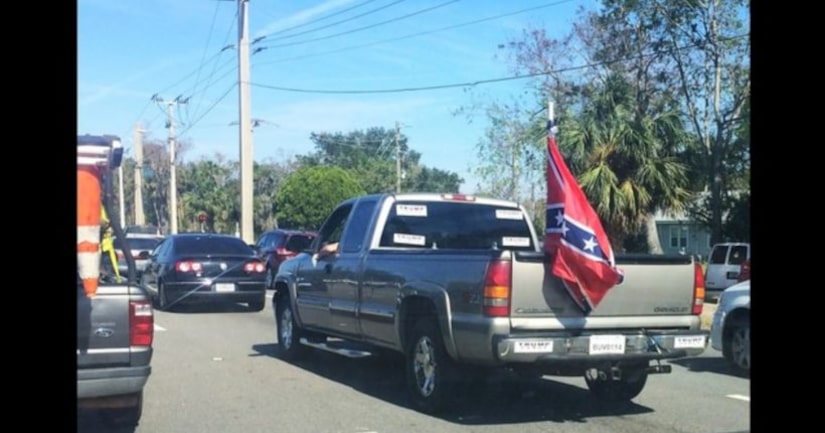 DAYTONA BEACH, Fla. -- (WKMG) -- A man with a large Confederate flag on the back of his pickup truck is accused of getting into two separate altercations with another driver in Volusia County during which he brandished weapons and yelled racial slurs, according to the charging affidavit.

Travis Thompson, 18, was arrested Monday and charged with improper exhibition of a dangerous weapon in connection to the Nov. 11 incident.

Video posted to Facebook by witness Jean Jenner shows Thompson following a black Volkswagen Jetta in his silver Chevy Silverado. Jenner said he started filming when he noticed the pickup truck speeding, weaving and driving erratically to catch up with the Jetta.

The Jetta and the truck both pulled over and Thompson, who was shirtless and wearing camouflage shorts, got out of his vehicle to confront the other driver. He was armed with a wrench, the Holly Hill Police Department said.

Thompson called the African-American passenger a racial slur and told him he was a member of the Crips street gang, police said. The passenger can be heard in the video telling the man he's "tripping."