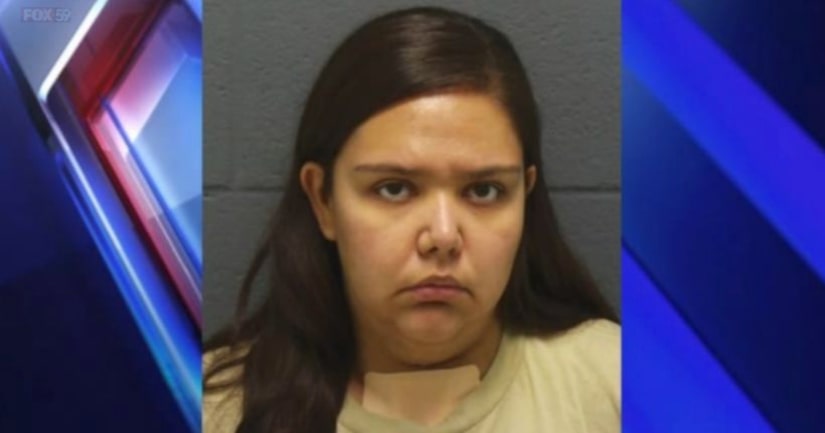 MONTGOMERY COUNTY, Ind. -- (WXIN) -- Authorities in Montgomery County released the chilling 911 call from the mother who is accused of killing her two young children.

Brandi Worley called dispatchers on November 17 at 4:33 a.m. In the 911 call, Worley tells the dispatcher in a very calm voice, “I just stabbed myself and I killed my two children.”

When the dispatcher asks Worley what caused her to do that, she says, “My husband wanted a divorce and wanted to take my kids. And I don't want him to have my kids.”

The dispatcher proceeds to ask Worley where she stabbed herself, and she tells him in the neck and there's blood everywhere.

The dispatcher asks Worley how she's feeling, and she tells him tired because she took a lot of Benadryl.

A few minutes later, Worley's mother arrived at the home, and Worley hands the phone to her.

The dispatcher asks her to go into the children's bedroom and see if Worley was telling the truth about killing her two kids. Worley's mother is hysterical after making the discovery.

She stays on the phone with the dispatcher for about 10 more minutes, repeating phrases like “my babies” and “I don't know, I just don't know.”