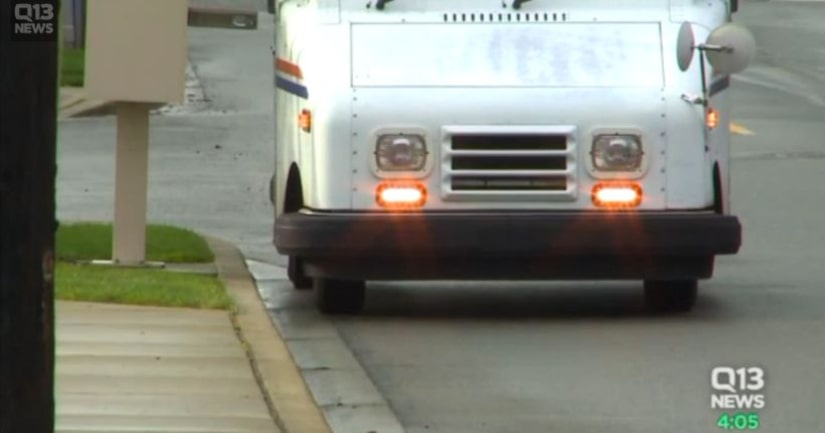 BOTHELL, Wash. -- (KCPQ) -- The Postal Service is offering a $50,000 reward for a man who attempted to rob a postal carrier in Bothell earlier this month.

The USPS says the man, armed with a gun, tried to get a master-key to local mailboxes from the mail carrier.

Janet Sutherland lives nearby, and says she made sure crime was low in the area before she bought a home there.

USPS postal inspector Jeremy Leder says a man showed a gun to the postal carrier and demanded his mail.

“And specifically asked for his mail key,” Leder said.

That key would give the thief access to all the neighborhood's mailboxes. But the mail carrier drove off before that thief could get a hold of him.

“ ... Actually closed the door of his postal vehicle and slammed the suspect's hand inside the door,” Leder said.

The postal inspector says this is very similar to a situation that happened last month. In that case, the thieves did get away with the key.