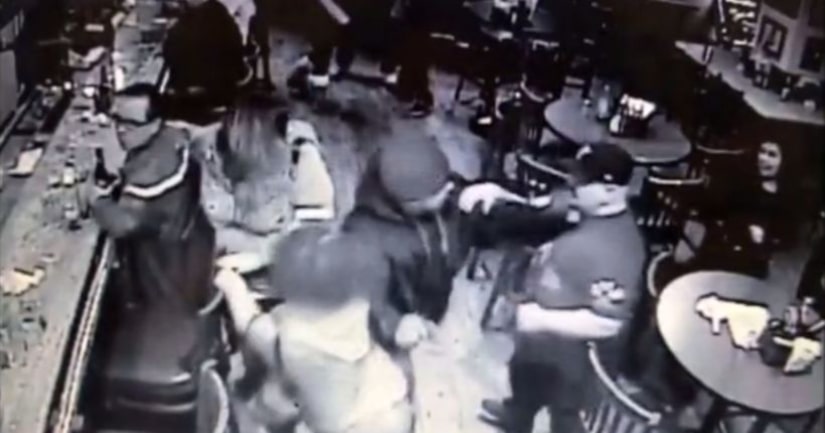 BENICIA, Calif. -- (KRON) -- Police are searching for a suspect who shot two people at a Benicia bar early Sunday morning, according to police.

Officers received a call on Nov. 27, at 1:30 a.m. in regards to a male suspect armed with a gun inside Bottom of the Fifth Bar in the 400 block of Military East in Benicia.

Police said that two men, one 45-year-old Benicia man and a 45-year-old man from Texas both sustained gunshot wounds. Their wounds were considered to be non-life threatening, and both victims were treated on the scene and taken to a hospital.

During an early investigation officers learned that there was a verbal disturbance inside the bar, then the suspect was brandished his weapon and opened fire.

According to police, the suspect fled the bar on foot and ran north, and after an extensive search the suspect was not located.