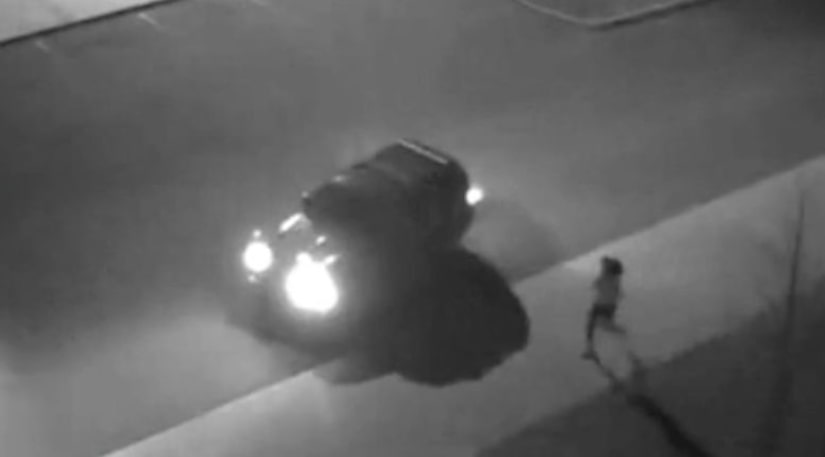 DETROIT -- (WXYZ) -- On surveillance video, a woman appears to be running for her life before she is forced into a vehicle in the parking lot of Mumford High School on Detroit's west side Monday.

We're told JROTC students witnessed the incident around 7:20 pm, but a spokesman for the Education Achievement Authority (EAA) says the female is not a student.

Detroit Police and Detroit Public Schools Police are now trying to identify the woman and find out what's happened to her.

Witnesses say the woman was screaming for help and even tried climbing a fence to get away from the man who, moments later, would pull her off the fence and force her into the backseat of a dark colored SUV, possibly a black or dark green Jeep Liberty.