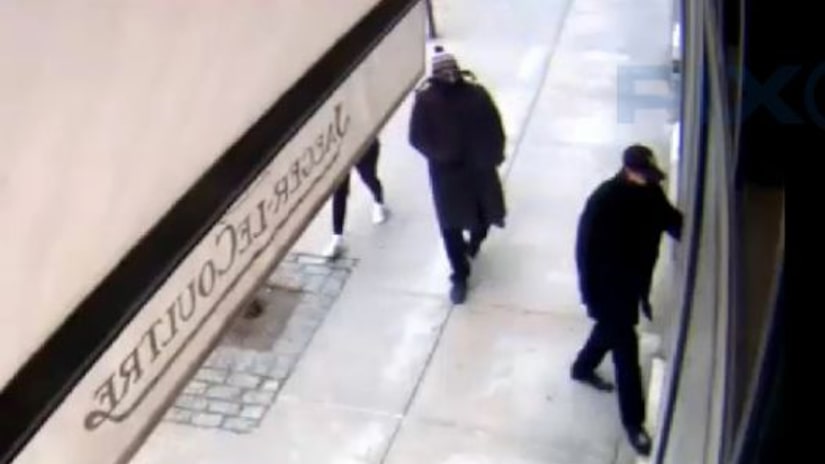 NEW YORK -- (WPIX) -- Cops released surveillance video showing a rapid heist at an Upper East Side jewelry shop where the robbers took off with more than $300,000 worth of watches Monday morning.

The pair, wearing winter garments to cover their faces, walked in Jaeger-Lecoultre Jewelry Store on Madison Avenue around 10:40 a.m. when one of the men pulled out a gun and ordered the three employees to lay down on the floor, police said. The accomplice proceeded to smash two display boxes with a claw hammer and took five watches valued at more than $300,000, according to the NYPD.

In a span of a few minutes, the duo fled on Madison Avenue and then eastbound on E. 62nd Street.