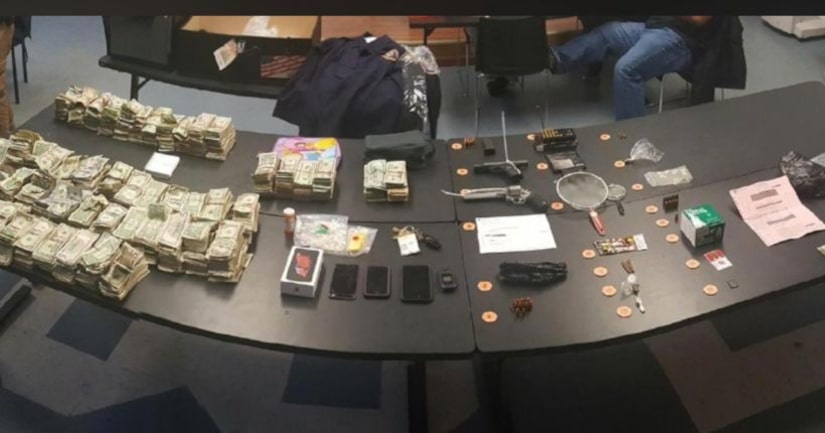 BALTIMORE -- (WBFF) -- A Baltimore Police Dept. (BPD) crime scene technician was one of two suspects arrested during the execution of a search and seizure warrant on Wednesday.

The search warrant was executed by the BPD's Office of Professional Responsibility Ethics Section, in the area of Ashburton Street and Baker Street. Investigators say the targets of the warrant were 39-year-old Clarence Jones, Jr. and crime scene technician Timika Jones, 37.

Both suspects were found inside the residence, police said.

According to investigators the following items were seized from the home: two handguns, a 40 cal Springfield SW, a 44Mag Tracker Revolver, a capsule machine, $100,000 in cash.

The suspects were arrested and charged with felony narcotics possession, intent to distribute, and handgun violations.