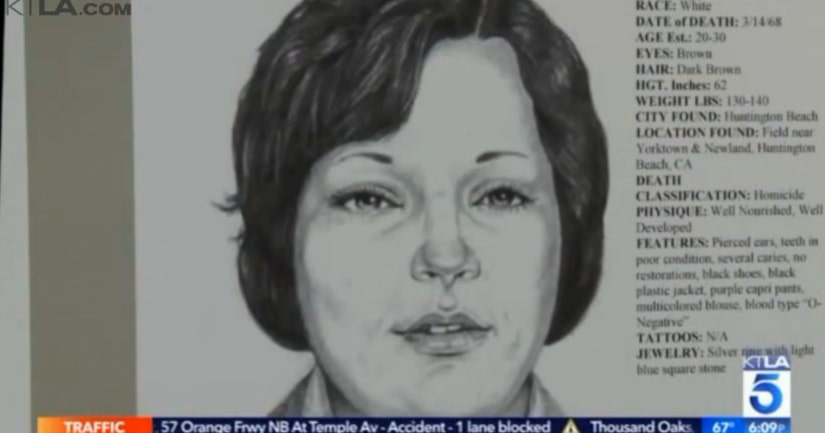 The woman's body was discovered by two boys in a field around 4 p.m. near the intersection of Yorktown Avenue and Newland Street in March of that year, according to Huntington Beach Police Chief Rob Handy. It was apparent she had been beaten severely, her throat had been cut, she was violently sexually assaulted, he said.

Police want to find out who killed her, but not knowing her identity makes it much harder.

Authorities have still had some clues to guide them — such as her clothes, some of which were only sold in New York at the time, and a ring she was wearing — but are hoping the newly released photos, though taken after her death, will lead to new information.